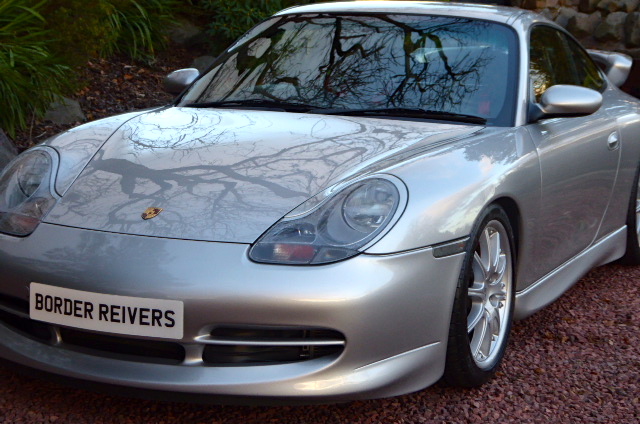 Border Reivers are delighted to offer one of the most sensational Porsches ever made. The game changer. The original Porsche 911-996 GT3 MK1.

Offered here in RHD (C16) UK spec. It seems astonishing that only 103 made it to the UK officially. This car has the full Club Sport Package.

The odometer says 54,000 miles but the cockpit of this GT3 suggests much less than that.  the interior looks almost pristine. Not glamorous or stylish in all black but you don’t buy a GT3 because you can’t resist how it looks, inside or out. Most people see a regular 911 sitting low on fussy split-rim alloys and wearing a fancy bi-plane rear spoiler, but the aficionado  sees one of the most desirable Porsches of the last 25 years.

The car is fitted with Tracker & comes with its original wallet , hand books & service history. 2 sets of keys are also included

The “GT3” nameplate was introduced in 1999 as part of the first generation of the Porsche 996 model range (commonly known as 996.1 As with Porsche’s previous 911 RS models, the 996 GT3 was focused on racing, and so was devoid of items that added unnecessary weight to the car. Sound deadening was almost completely removed, as were the rear seats, rear loud speakers, sunroof, and air conditioning, although automatic air conditioning and CD/radio became no-cost optional add-ons.
The engine of the 996 GT3 set it apart from most of the other Porsche 996 models, although it shared the same basic design of the standard so-called “integrated dry sump” flat-six engine. The engine is naturally aspirated and based on the unit used in the Porsche 962 and Porsche 911 GT1 race cars. That engine was known as the ‘Mezger’ engine, after its designer Hans Mezger. The engine uses the original air-cooled 911’s versatile dry-sump crankcase, with an external oil reservoir. The 996 GT3 has 360 PS (265 kW; 355 hp), compared to the 300 PS (221 kW; 296 hp) of the regular Porsche 996. In GT3 configuration, this so-called “split” crankcase (meaning the parting line of crankcase is on the crankshaft centreline) uses, instead of a fan and finned cylinders, separate water jackets added onto each side of the crankcase to cool banks of three cylinders with water pumped through a radiator. Thus, the GT3 engine is very similar to the completely water-cooled Porsche 962 racing car’s engine, which is based on the same crankcase. The 962 differs, however, by using six individual cylinder heads while the GT1/GT3, like the air and water-cooled Porsche 959, uses two cylinder heads, each covering a bank of three cylinders. The GT3 engine could thus also be thought of as similar to a 959 engine, but with water-cooled cylinders. Up to early model year 2004 996 GT3 production, the basic casting used for the crankcase of the GT3 was the same as the air-cooled engine. The “964” casting number was visible on the bottom of the crankcase, and on areas normally machined in air-cooled applications, but not in water-cooled ones. The crankcase casting was changed in mid-2004 to a “996” casting number crankcase to eliminate these external air-cooled remnants, but internally it was the same.
Because the 911 air-cooled crankcase uses the Porsche 356 engine to transmission mounting flange configuration, the 996 GT3 used a manual gearbox also of air-cooled 911 heritage. This gearbox has interchangeable gear ratios and is more durable making it more suitable for racing than the standard 911 type 996 gearbox.
To bring the vehicle’s track-prowess to the maximum level, Porsche endowed the GT3 with enlarged brakes, a lowered, re-tuned suspension system, lighter-weight wheels and a new front bumper with matched rear spoiler to help increase downforce, thereby increasing grip.
Porsche offered a no-cost option for the GT3 called the ‘Clubsport’ package. This option replaced the standard electrically adjustable leather front seats with manually adjustable racing buckets finished in fire-retardant fabric, single mass flywheel, bolt-in half-roll cage, 6-point drivers racing harness (also replacing the standard side airbags), fire extinguisher (mounted in the front passenger footwell) and preparation for a battery master switch.

Border Reivers :- We only buy cars, We would love to own. 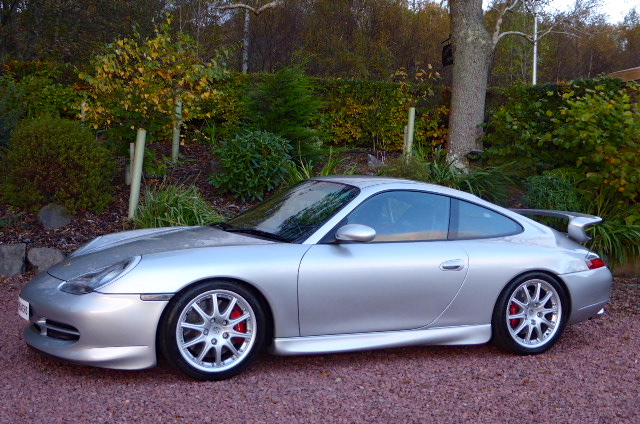 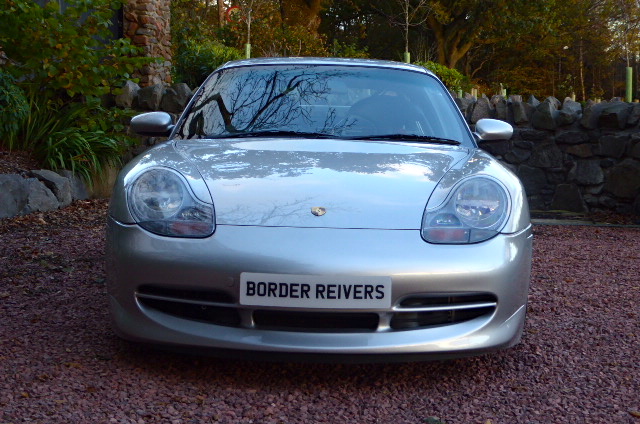 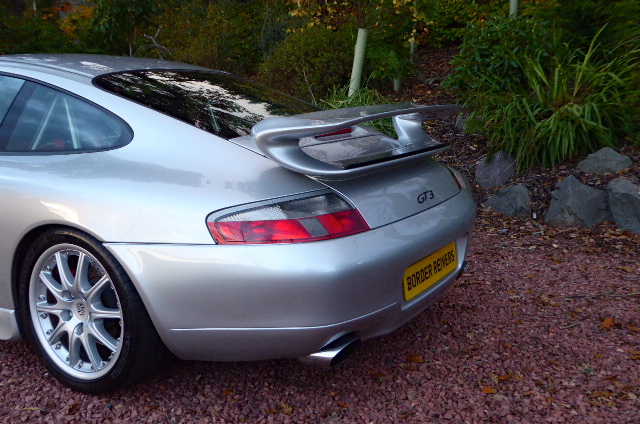 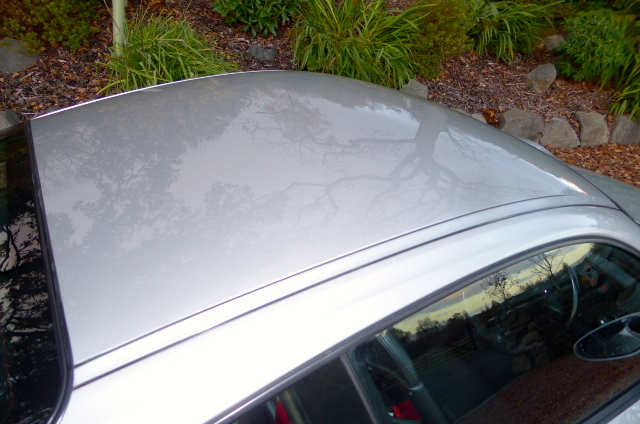 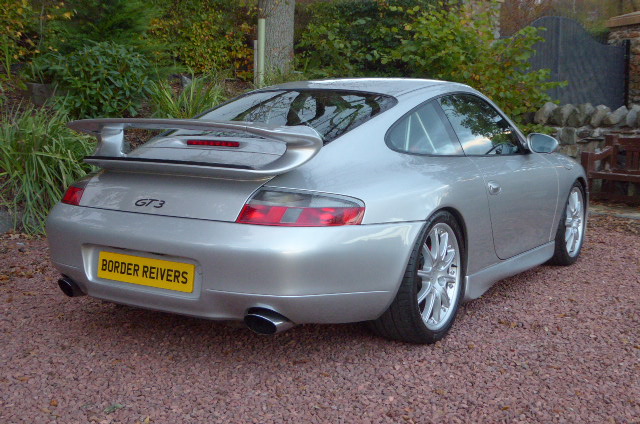 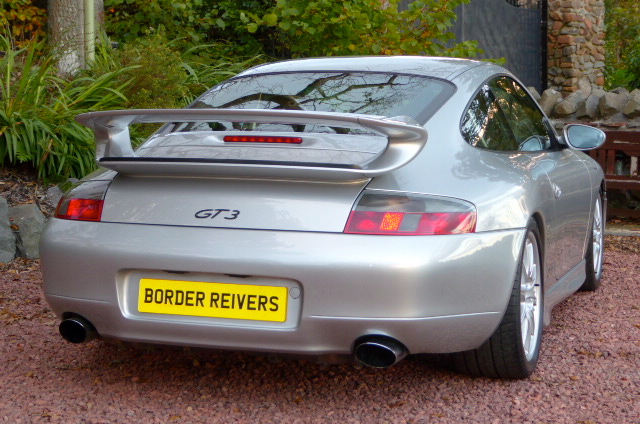 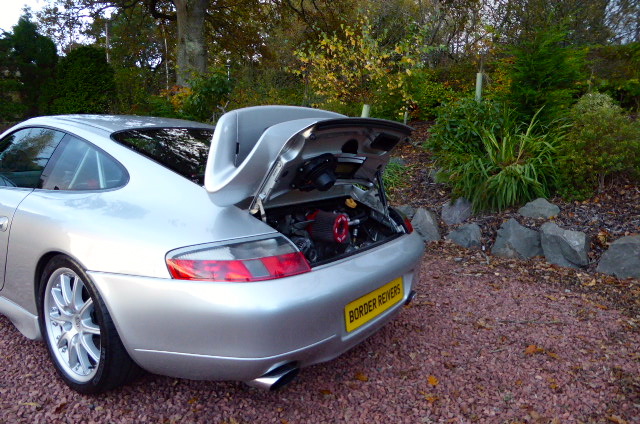 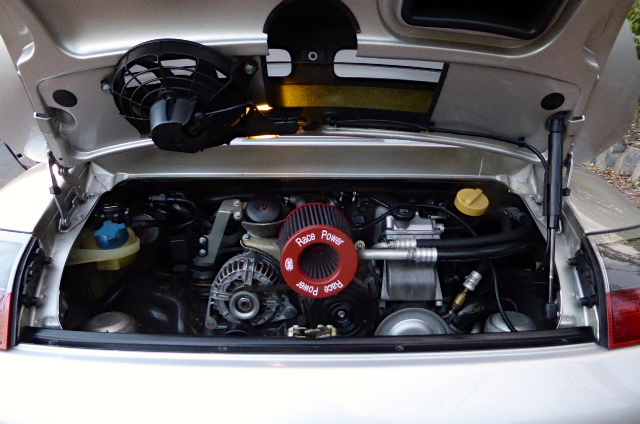 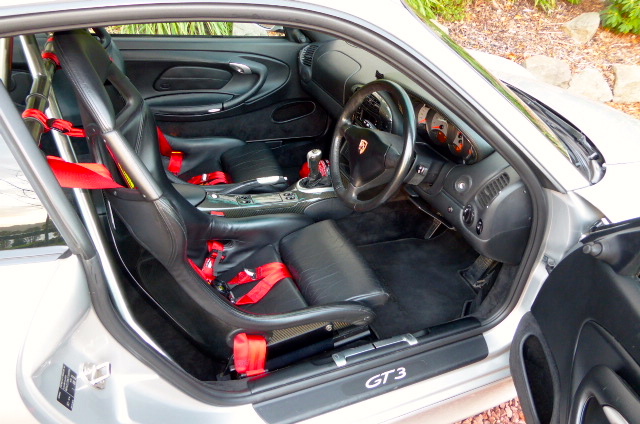 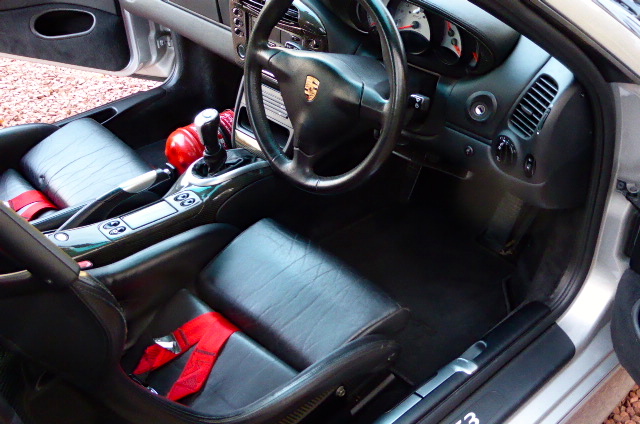 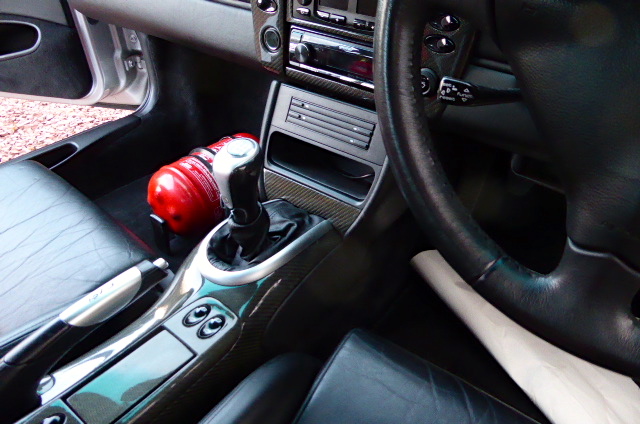 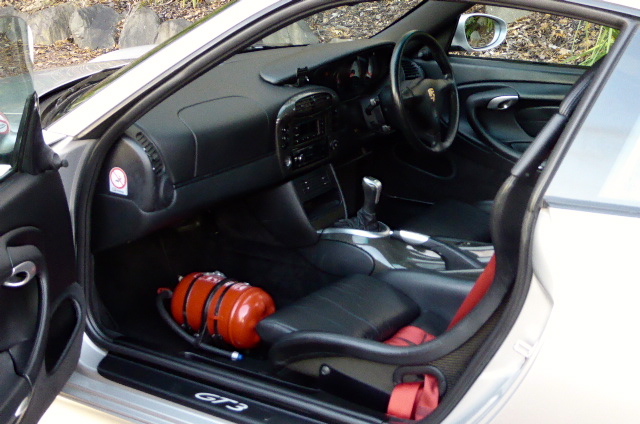 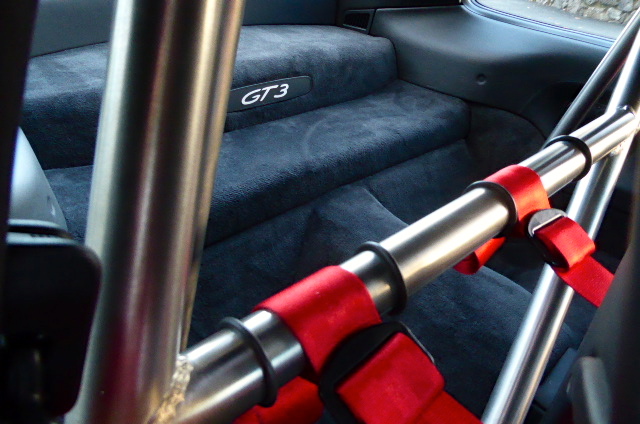 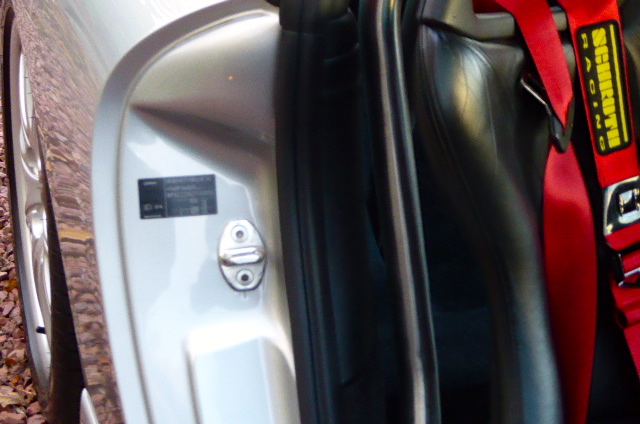 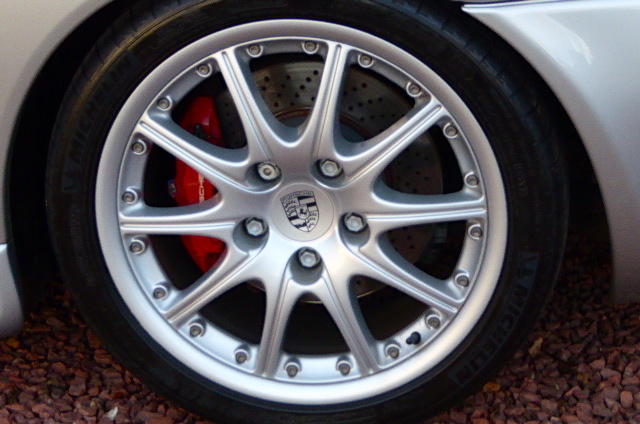 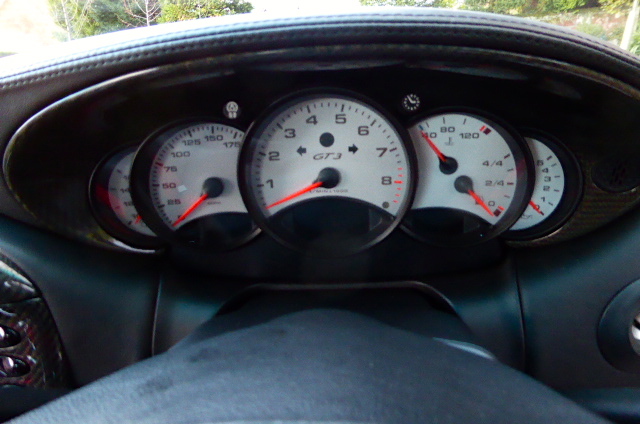 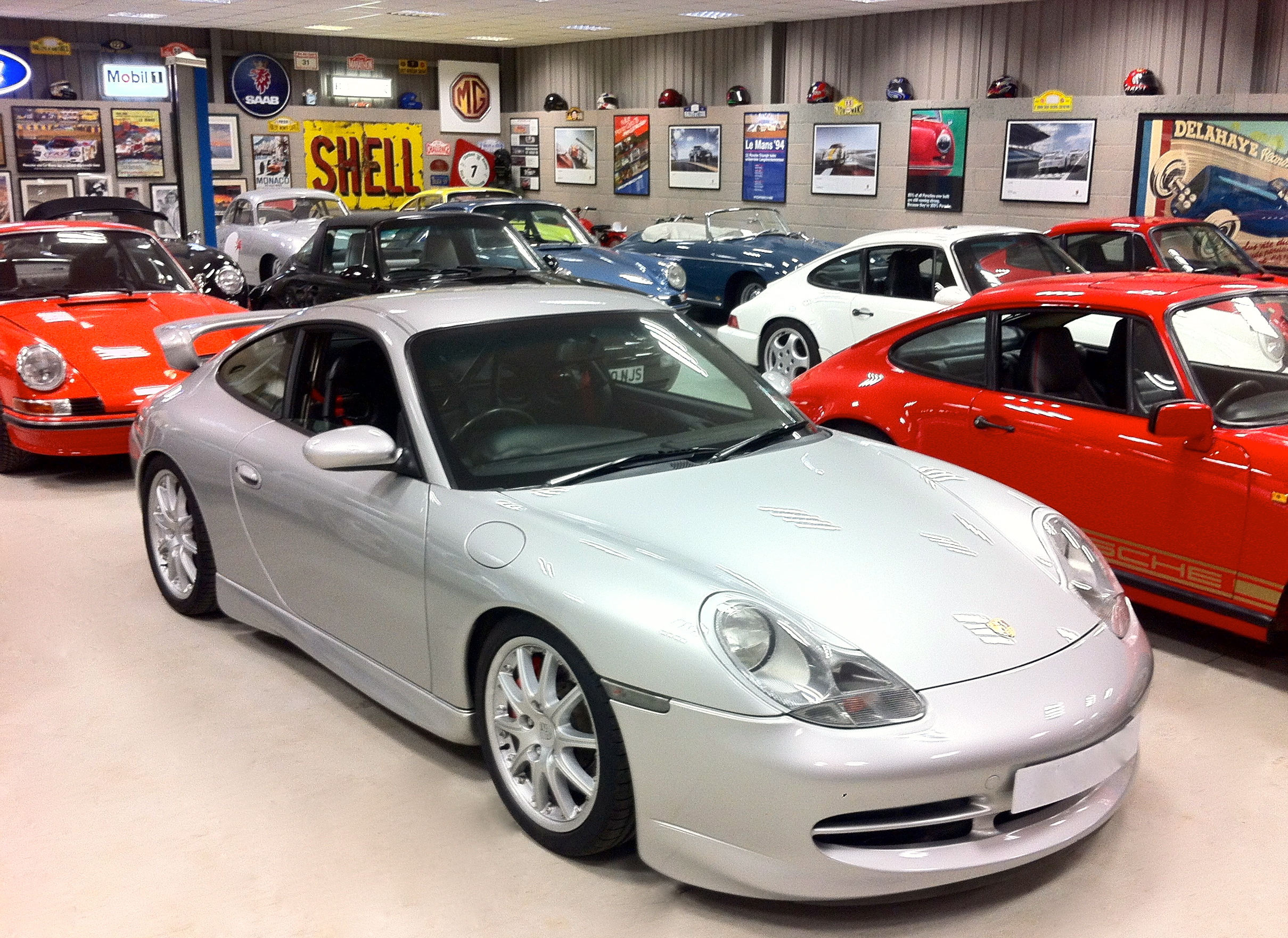 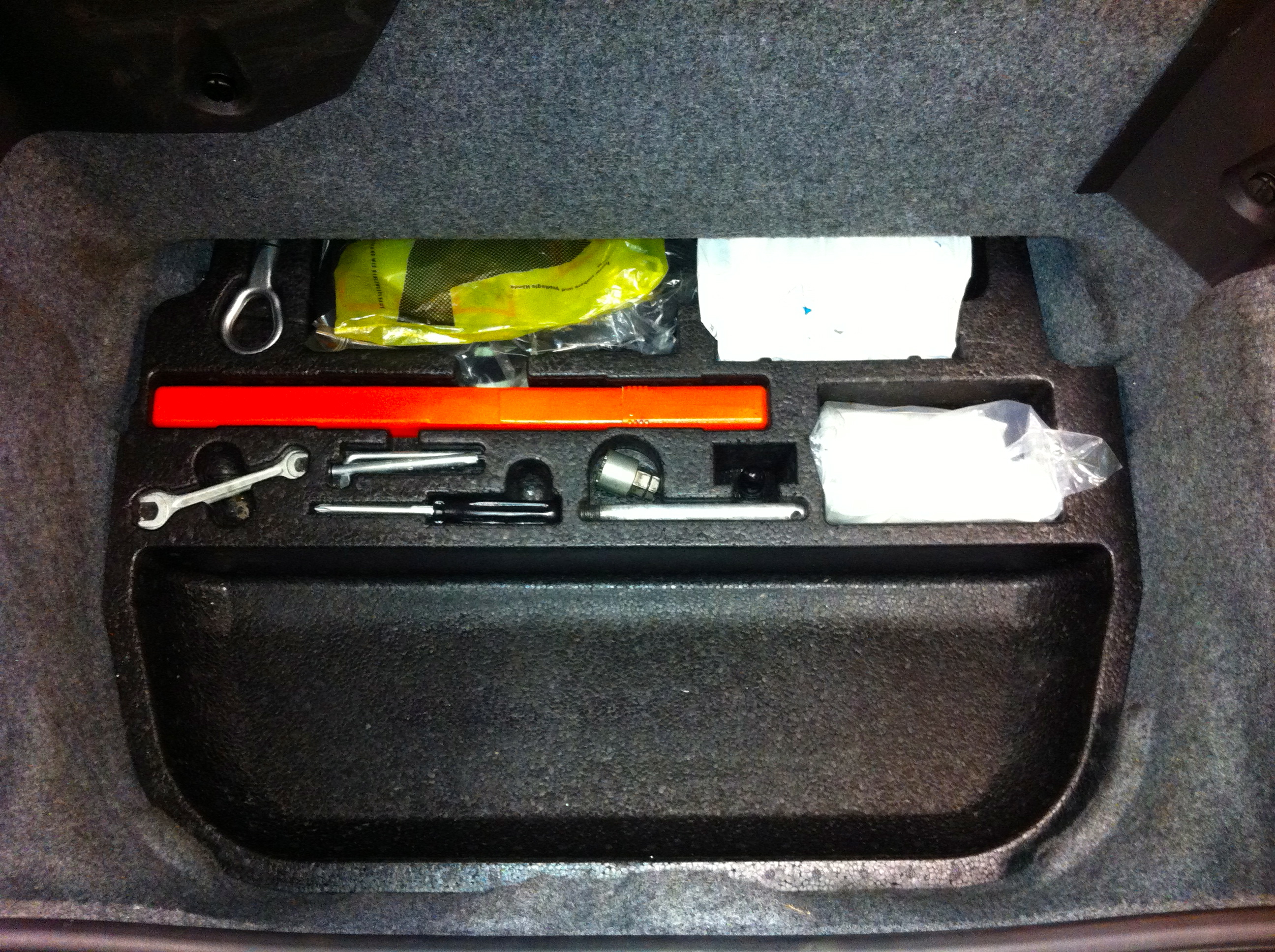