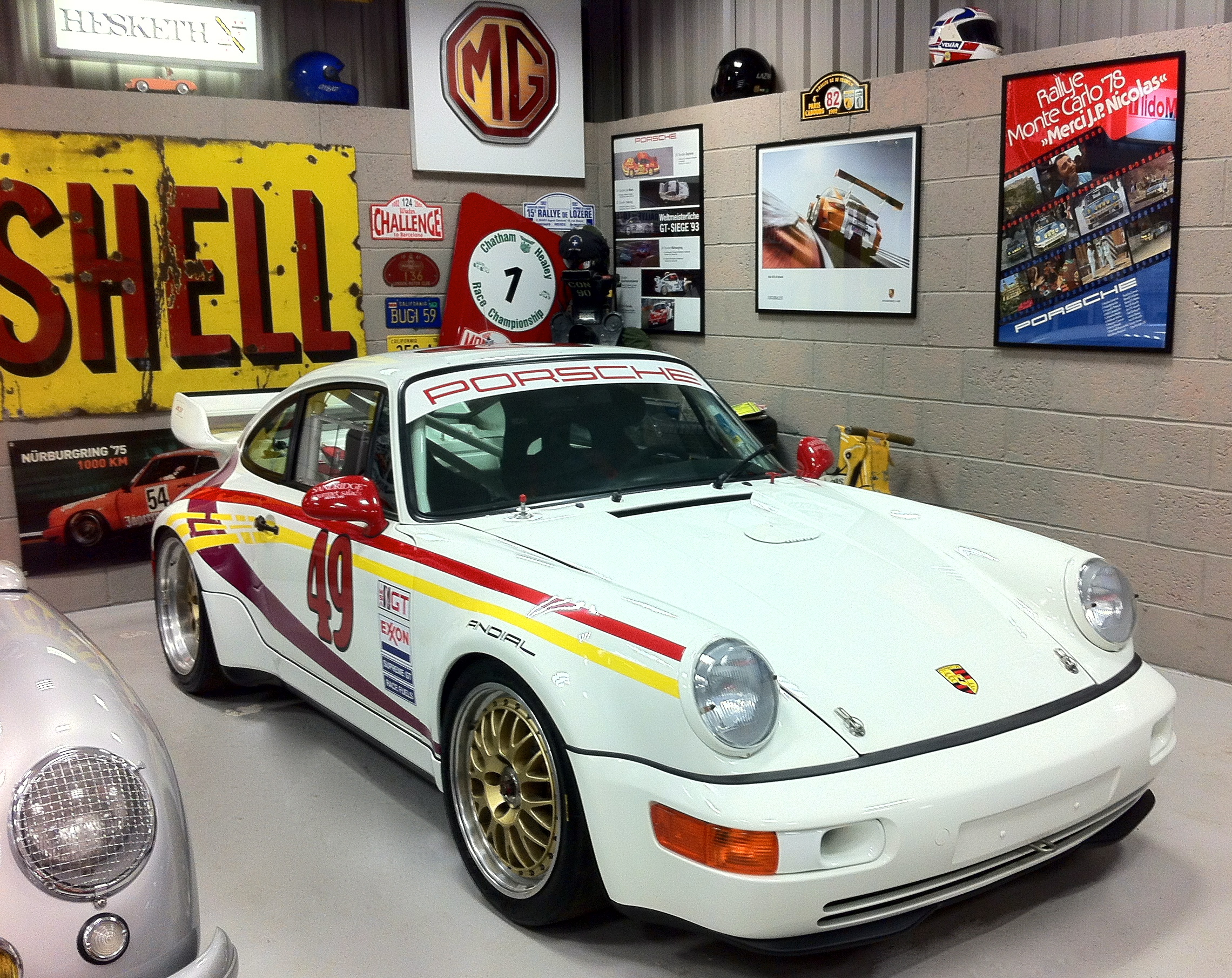 The Carrera RSR 3.8 was effectively a factory homologation special, extremely successful and competitive straight out the box in 1993 with outright win at Spa 24hrs, Interlagos 1000kms and class wins at Le Mans and 1000 kms of Suzuka.Available from late 1993 direct from the factory to special customer teams as a turnkey race car.

This car is the

The Carrera (964) RSR 3.8 was a limited production racing car, conceived by the factory for GT racing in 1993 and was immediately competitive and successful with outright wins at the Spa 24hrs and Nurburgring 24hrs, Interlagos 1000kms and class wins at Le Mans and Suzuka 1000 kms. From late 1993, the 3.8 RSR became available directly from the factory to special customer race teams as a turnkey race car.

Powered by a 3.8 litre normally aspirated engine developing circa 350hp. Depending on the rules for ADAC, BPR, Le Mans or IMSA, air restrictor plates had to be fitted to limit the horsepower output. The RSR used the same 5-speed gearbox as used in the Carrera RS, with 40% limited-slip-differential and with gearing selected for a top speed of 265km/h (165 mph). The body shell was reinforced at many points and stiffened by a welded-in roll cage. The external recognition feature was a special rear wing and wide Turbo wheel arches covering Speedline rims.

Chassis #081 is one of the genuine, 51 factory-built Carrera RSR 3.8, ordered via Porsche Special Vehicle Dept and supplied directly for the 1994 IMSA GT season to USA-based TEAM SALAD RACING for owner/driver Mark Sandridge.

#081 competed extensively in 1994 without any major accidents in the IMSA GT series and notably was a Class winner at Sebring 12hrs and Watkins Glenn, 4th overall at Daytona 24hr and then finished the season in 1994 as the IMSA GT2 overall title-winner.

This successful car is offered complete with all original factory order paperwork, and genuine manufacturer’s statement of origin.

An ideal opportunity to acquire a fabulous and genuine 1994 Porsche RSR race car, with excellent investment potential and growing eligibility for future BPR revival events and other series which are sure to follow soon

4th over all at Daytona 24hrs

One of the genuine 51 factory homologation-special built Carrera RSR 3.8’s

Complete with all the original factory paperwork & manufacturers statement of origin

Karl McKeever, Morrow, Georgia (acquired from the above in 1996)

Neil Primrose, Scotland (acquired from the above in 2006)

The 1973 Porsche 911 Carrera RS 2.7 was a means to getting the 911 Carrera 2.8 RSR – or RennSport Rennwagen – homologated for FIA Group 4 racing. In its debut season, the RSR won the Targa Florio, the 24 Hours of Daytona, and the 12 Hours of Sebring, earning Porsche the World Manufacturers’ and IMSA Driver’s Championships. Subsequent models also dominated the competition, with victories in IMSA, Trans Am, and the FIA World Championship.

By 1993, Porsche introduced the 964 Carrera 3.8 RS, constructed in a very small series by Porsche’s Racing Department in Weissach. The RSR competition version – of which just 51 examples were built – would rack up stunning race results, with class and overall victories at important endurance races across the globe.

The RSR was set apart from the “standard” road model through an interior and exterior stripped down and modified for circuit use. The inside contained a welded-in roll cage and the barest of racing essentials. The Turbo body shell employed aggressive fiberglass front and rear spoilers, while the aluminum roof, doors, and front deck contributed to weight savings of 350 lbs. from the standard car, imparting excellent agility and power-to-weight ratio.

Matched to a five-speed gearbox, Porsche claimed an “out of the box” 325 hp at 6,900 rpm for the dry sump 3.8-liter M64/04 RSR-specific engine, although reviewers in the period believed the official statistics were highly underrated.

This RSR, chassis no. 81, was ordered via the Porsche Special Vehicle Department and supplied in early 1994 to Mark Sandridge of Westfield Center, Ohio, a privateer racer whose company produced refrigerated foods for the retail and food service industries.

Finished in Grand Prix White, the RSR was campaigned under Sandridge’s Team Salad banner during the 1994 IMSA GT season with spectacular results, notching an impressive 2nd in Class and 4th Overall at the 24 Hours of Daytona, winning its class at both Sebring and Watkins Glen, and ultimately earning Sandridge the IMSA GT2 Championship, 2nd in the Exxon Championship, and 2nd in Class in the World Porsche Cup.

Following its triumphant year, the RSR was sold in 1996 to Karl McKeever of Morrow, Georgia. McKeever continued the RSR’s race career, comprehensively updating the Porsche over the years via Porsche Motorsports North America. Changes included an updated 3.8-liter engine utilizing slide-valve throttle bodies and reportedly producing a prodigious 410 hp. These updates enabled this RSR to compete for podiums at SCCA and Porsche Club of America events until 2006, at which time the car was acquired by UK-based Porsche enthusiast Neil Primrose.

Presented in its winning 1994 Team Salad livery, this RSR has been sparingly used, but maintained and stored correctly under current ownership. The latest engine and gearbox rebuilds by PMNA still have 20 racing hours available on them, according to the consignor. Although exhibiting some signs of use from its racing career, chassis 81 is a well-preserved and original example of one of Porsche’s most celebrated racing cars, with systems having been recently serviced. Importantly, this RSR is said by the consignor to have never been re-shelled during its racing career, and it still carries its original chassis number. Tech stickers from races in IMSA and the SCCA are still present on the roll cage and the car is noted by the consignor to have never had a significant accident.

In addition to its original parts, this RSR comes with an extensive spares package including original wheels – which were never used in competition – electronic control units, suspension parts, and bodywork options, and other documentation such as a Porsche Manufacturer’s Statement of Origin, Porsche Motorsport North America invoices and correspondence, race history, and period photographs.

Standing on the shoulders of giants, the 964 3.8 RSR is among the most successful racers in modern Porsche history. Ready for further driving use or exhibition, this rare, factory-built RSR has a provenance and winning race history that make it a particularly desirable example. 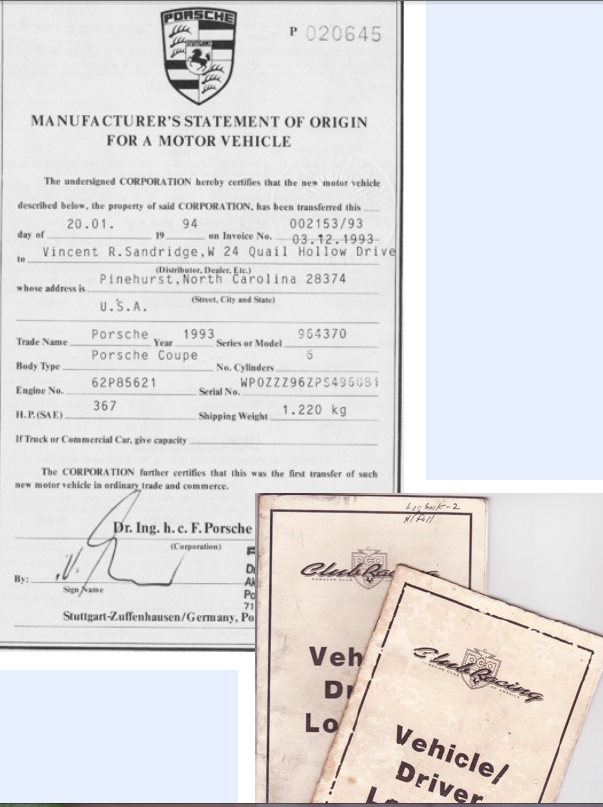 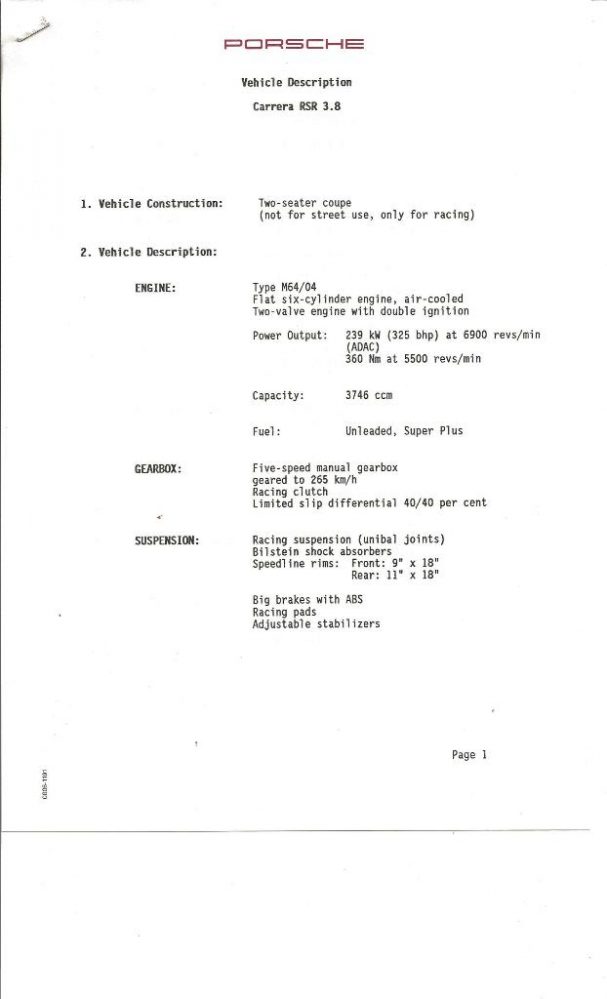 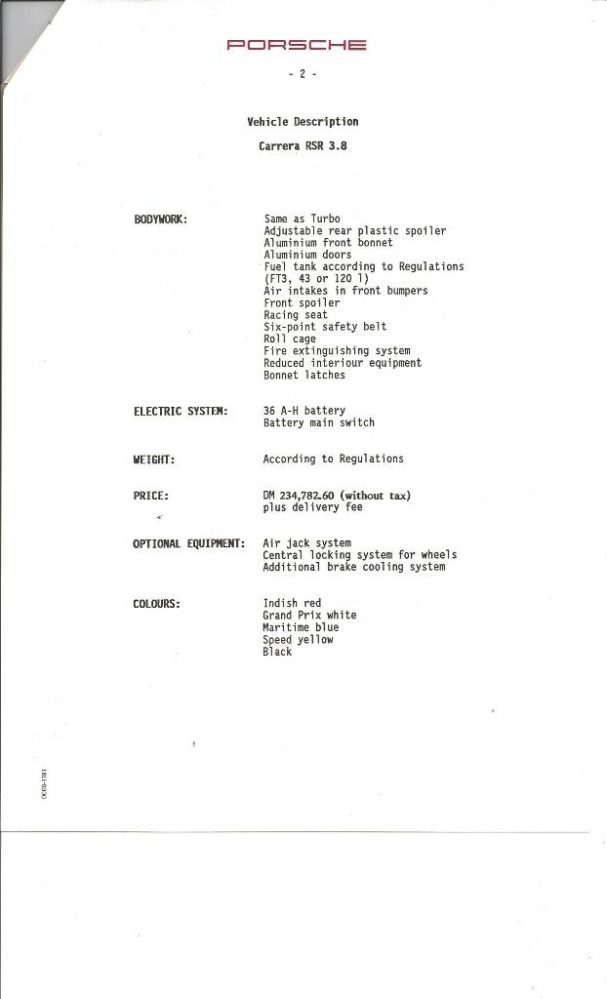 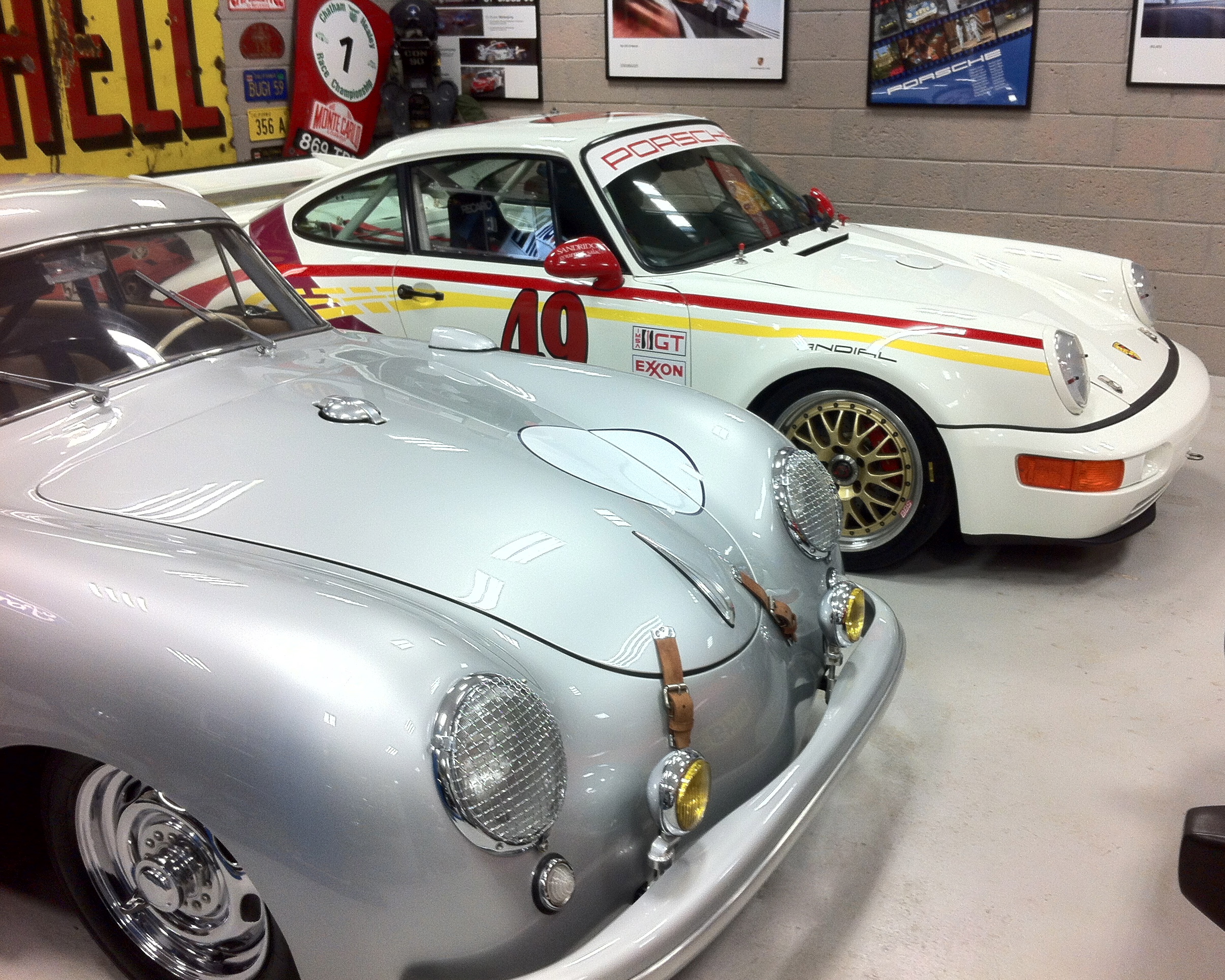 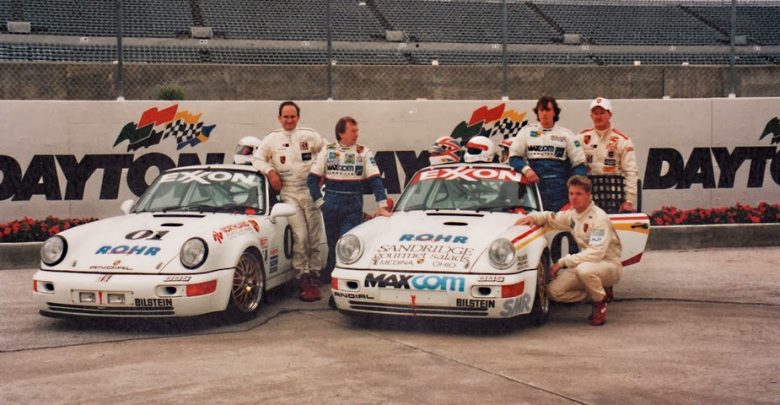 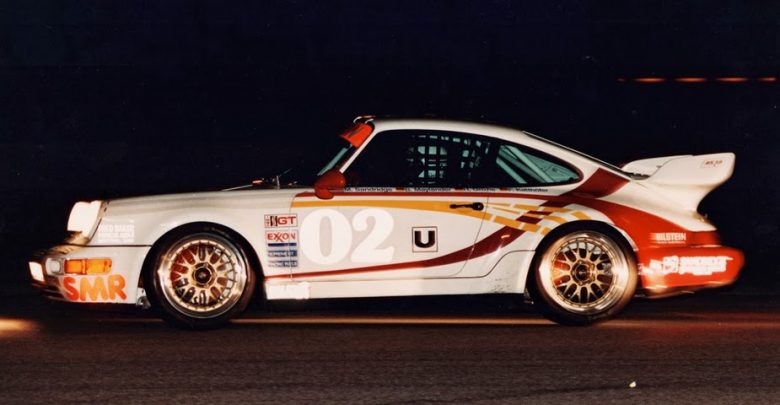 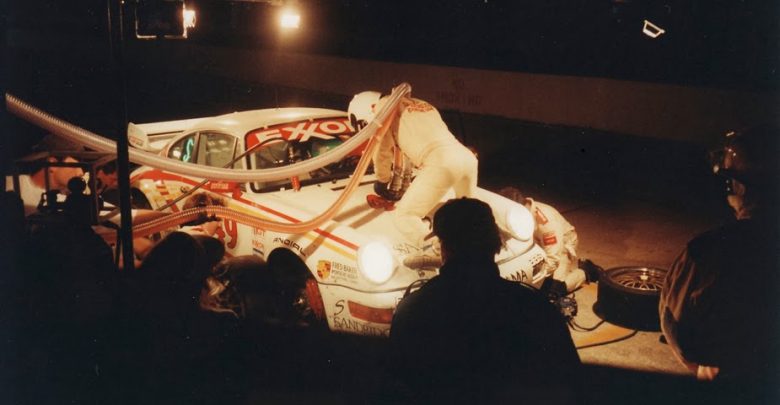 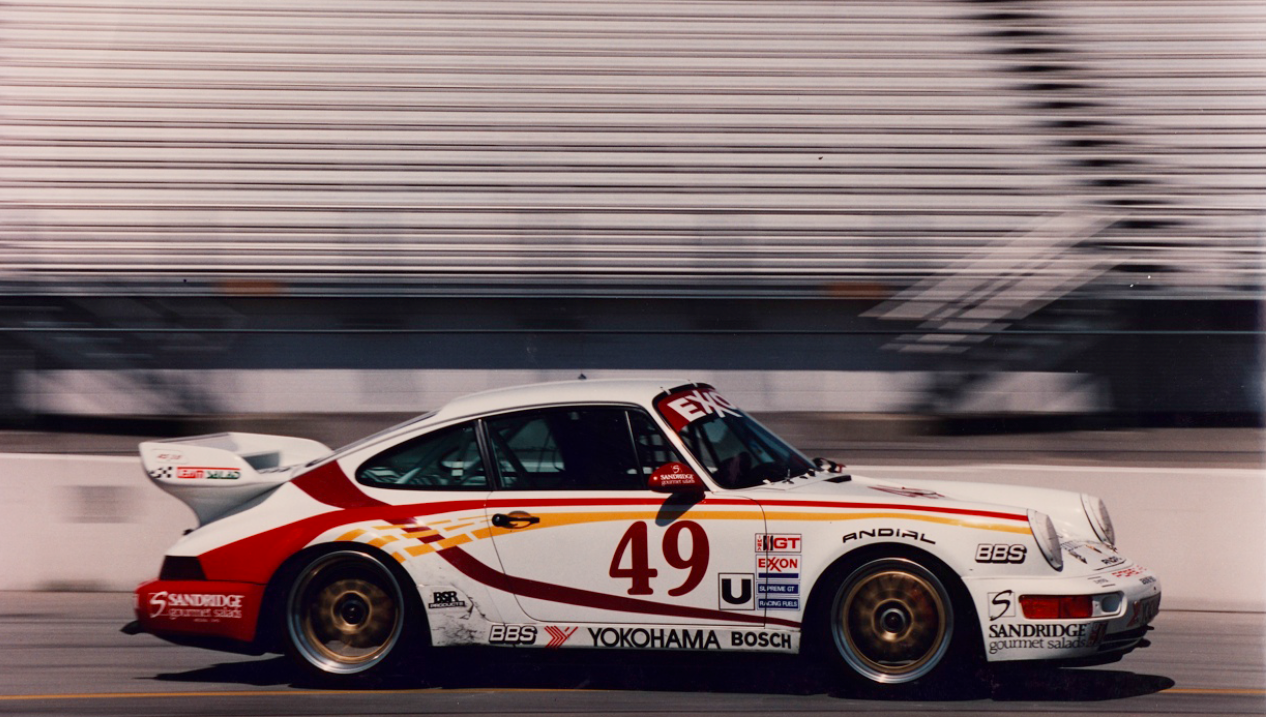 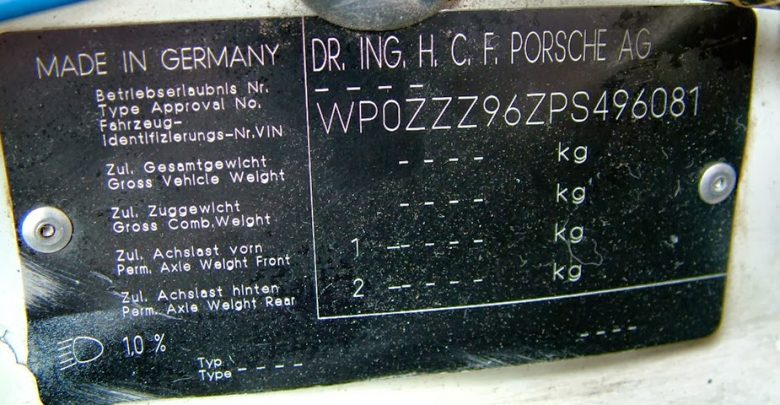 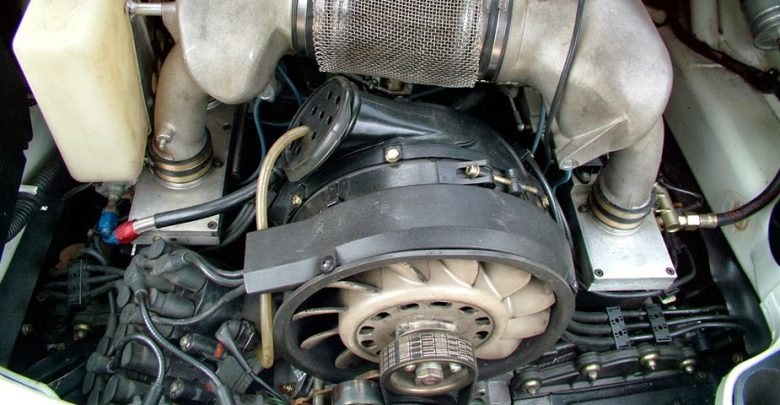 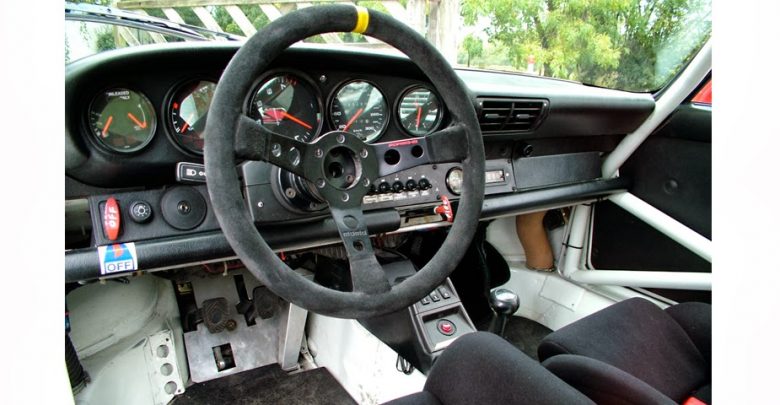 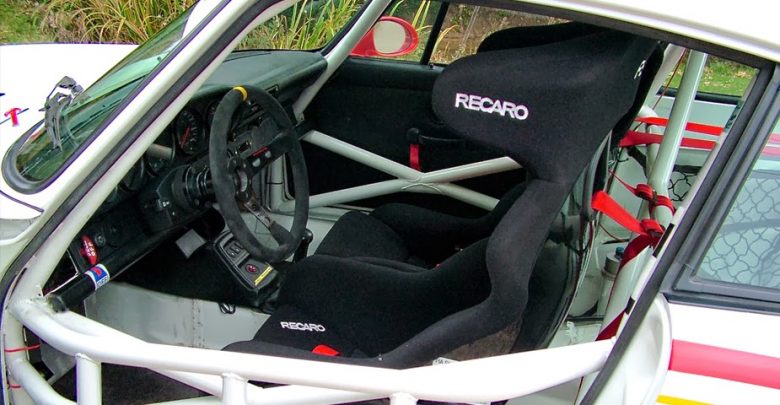 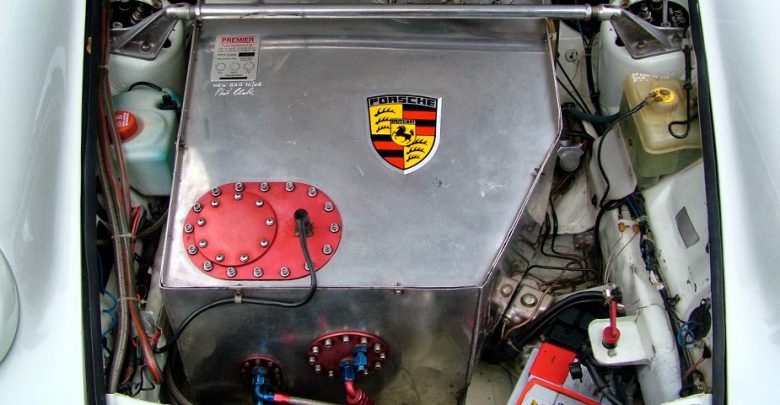 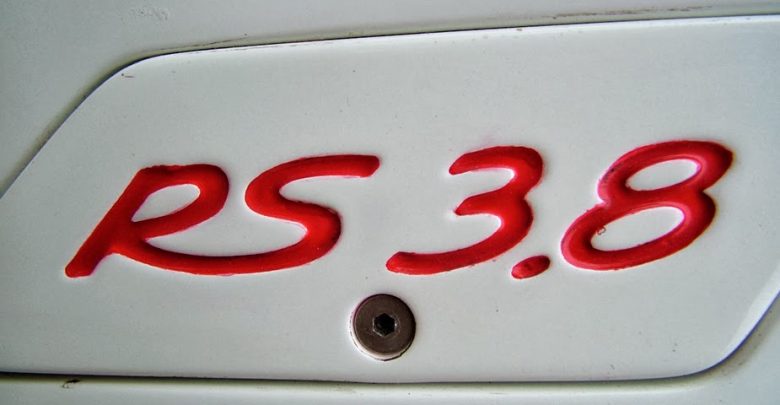 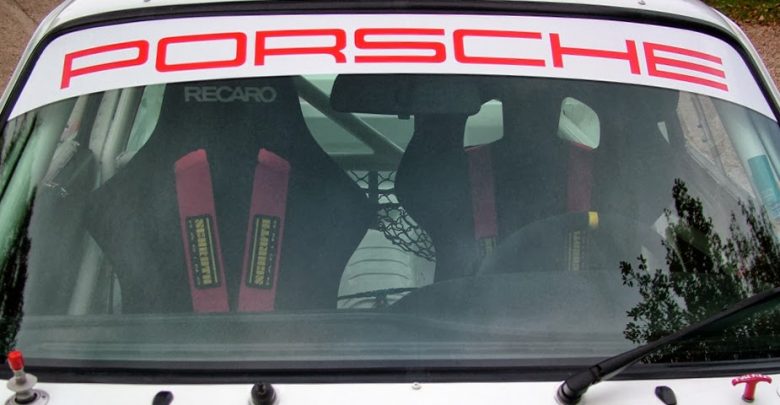 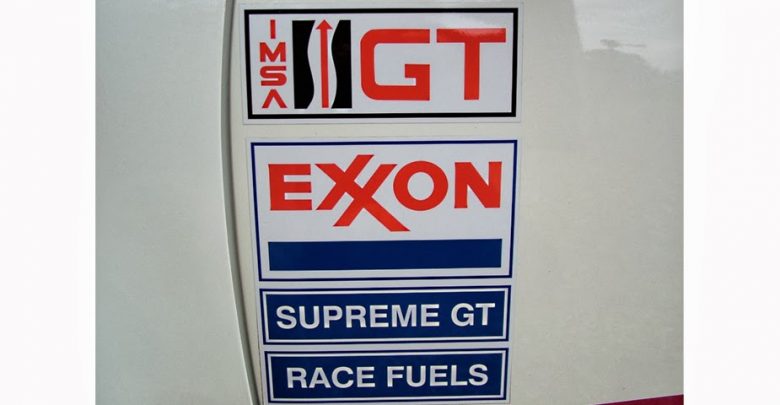 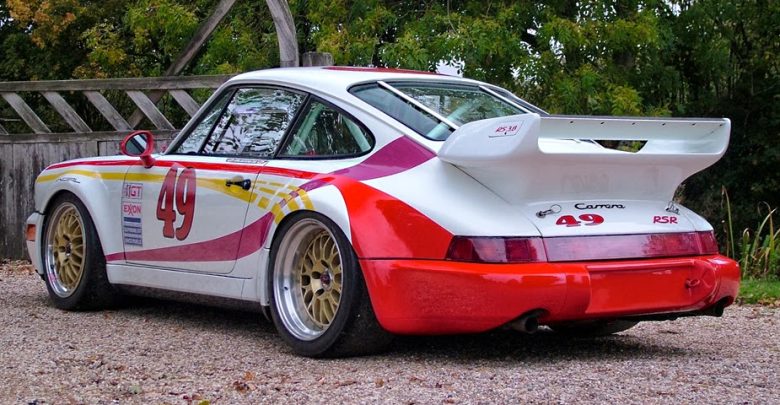 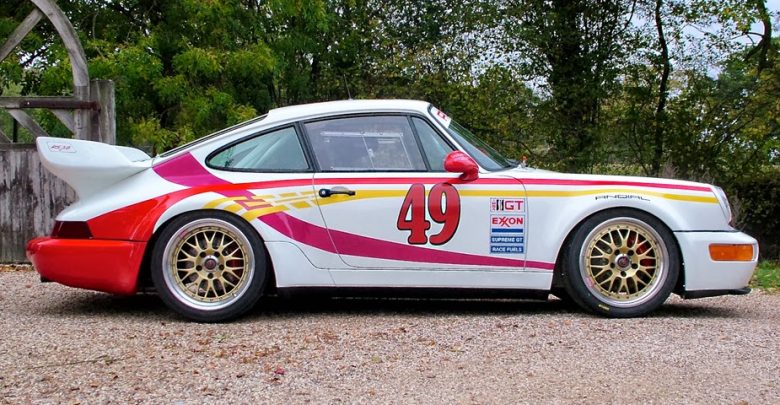