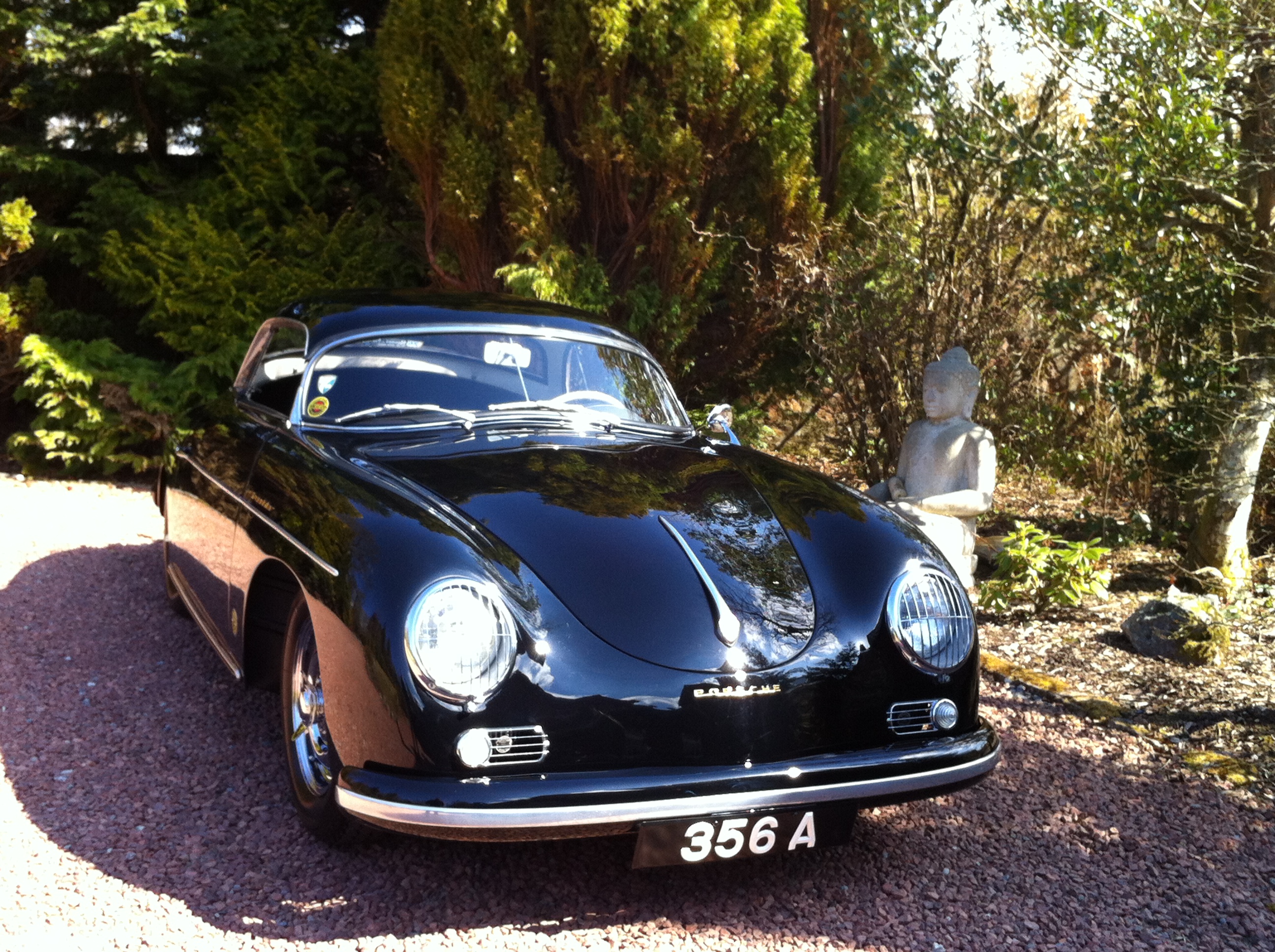 Border Reivers are delighted to be selling this stunning 1956 Porsche Speedster.
A well know car on the concours circuits. It dominated the Porsche Club GB Scottish Region Concours in the Summer by winning, Best Air-cooled,Best Early Air-cooled, Peoples choice and Best overall out of over 60 cars..This is a Matching number car,Absolutely everything matches Not only does the Engine and Vin numbers match the certificate of Authenticity from Porsche but all the body numbers on the doors,boot lid,bonnet and hinge covers all Match.This is because this car has all its original body panels inc. the original floors.The only exception was the outer rockers as they were removed for inspecting the insides.The new rockers were painted on both sides,treated with weld trough primer and wax oiled.There is service history going back to the 70’s which is so rare.All the mechanic were done by Barry Curtis who was rebuilding the Jim Clark 356 engine at the same time,We are the 5th owners. Significantly, this 356 Speedster is presented with several ultra rare and valuable accessories, including five perfect original date stamped Rudge knock-off wheels,a Genuine Glasper Hardtop,Carrera bumpers,Leather speedster seats,Lots of History,New high bow soft top,tool kit,fitted luggage,hand books,manuals.

For the collector in search of a superb example of Porsche’s iconic 356 Speedster, it just doesn’t get much better than this.

If you want to know whats involved and the restoration costs of a Porsche 356 check out Willhoit Auto restorations, wonderful site.
Introduced in late 1954, the Porsche 356 Speedster was deliberately designed as a dual-purpose sports car,one that could serve as both daily transportation and, with little modification, a successful weekend race car.
Originally priced at $2,995, well below Porsche’s more luxurious coupe and cabriolet models, the 356 Speedster was equipped with a stylish, cut-down windscreen, racy bucket seats, a minimal folding soft top, and side curtains in place of standard roll-up windows. These features helped reduce the car’s weight and made it ideally suited to competition use.
It was not long before the 356 Speedster established itself as a dominant force in sports car racing, capturing wins at diverse venues – from the SCCA races at Pebble Beach to the punishing Marathon de la Route.
Thanks to its outstanding competition record, brilliant driving dynamics, and quality build, the featherweight Porsche became a favorite with sports car enthusiasts, particularly on the West Coast, where top-down motoring could be enjoyed almost every day. The fact that celebrities such as James Dean and Steve McQueen owned Porsche Speedsters certainly contributed to the model’s hip, anti-establishment image.
The Porsche Speedster is a legendary car built with the “less is more” mentality. It arose out of a desire expressed by American Porsche distributor Max Hoffman for a Porsche that was cheap enough to compete with Triumphs and MGs, which were selling well. In order to get the base price under $3000, the car’s equipment was pared down, which created not only the most inexpensive Porsche at the time, but also the most sporting. Ironically, the cars are now more collectible and valuable than their plusher counterparts.  The cars sold well, especially in the United States, and were popular among racers and enthusiasts. Certainly they occupy a unique place among American sports car culture, particularly California culture, where the car’s configuration and rudimentary weather equipment were and remain particularly appropriate. 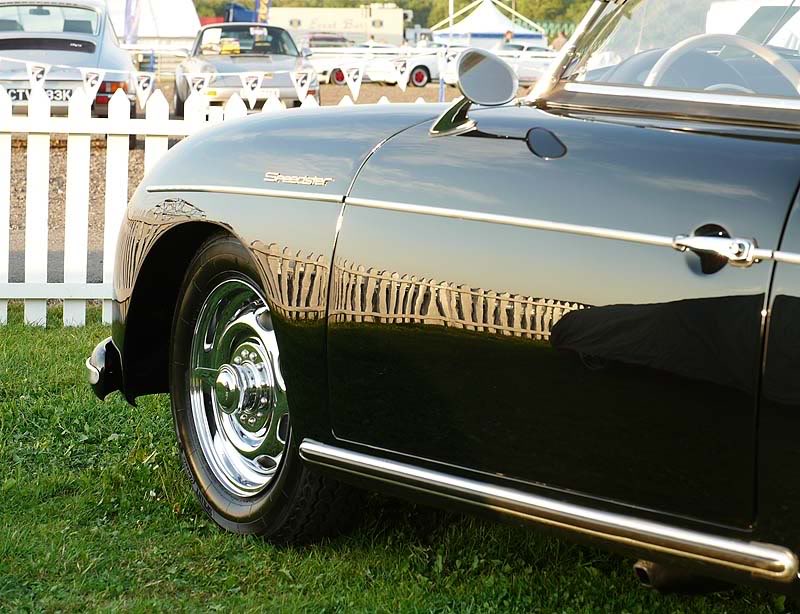 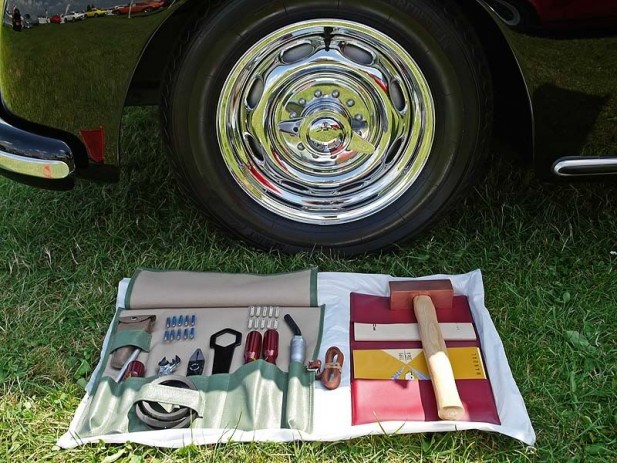 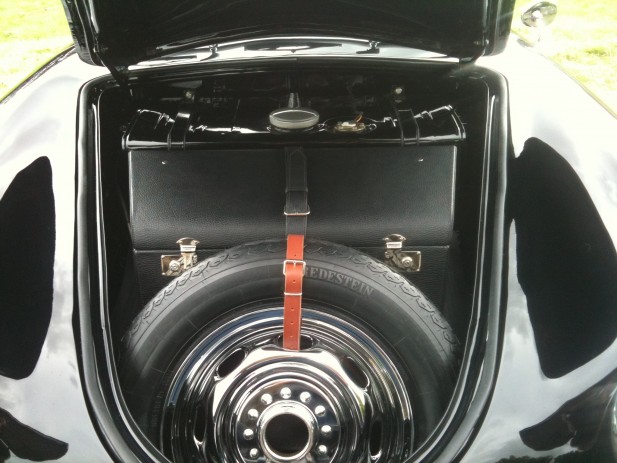 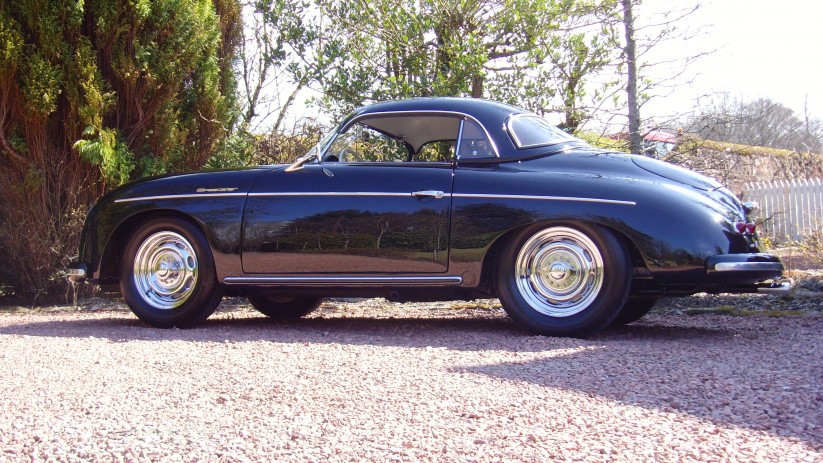 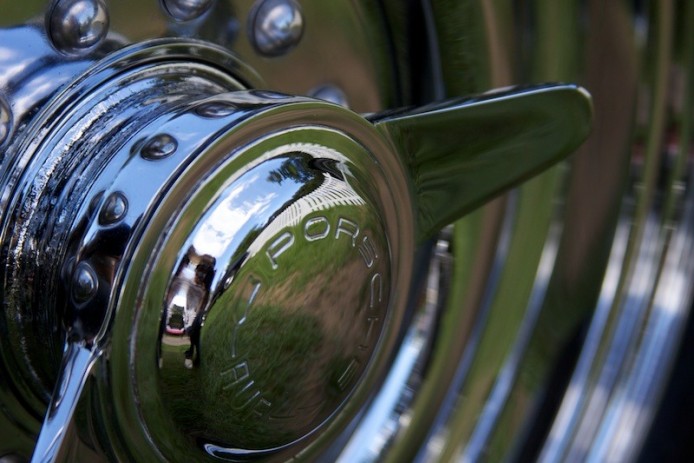 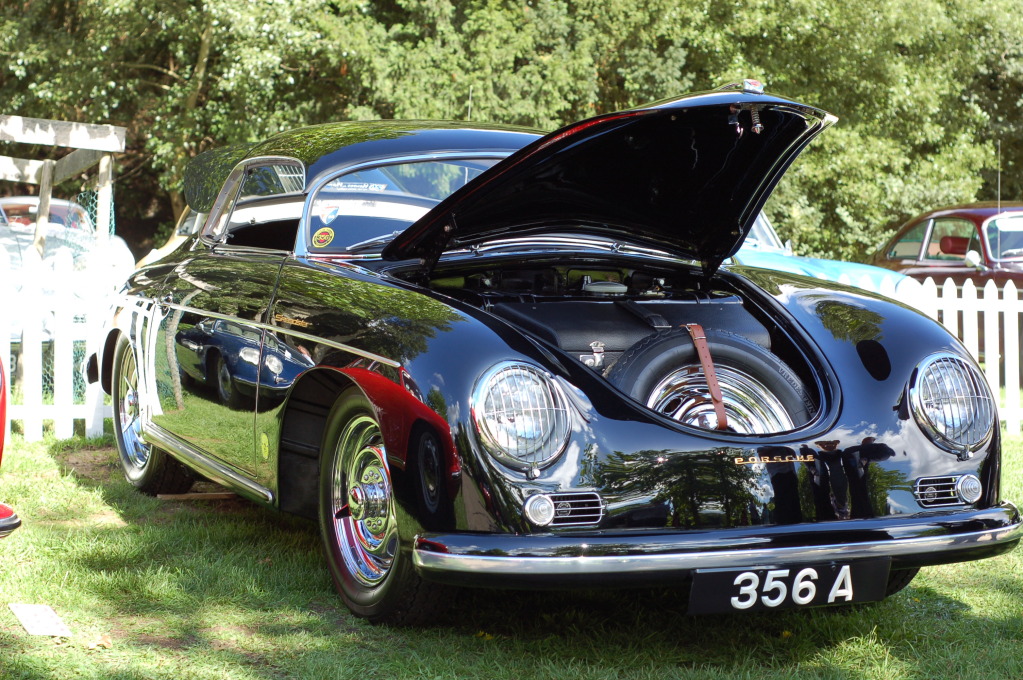 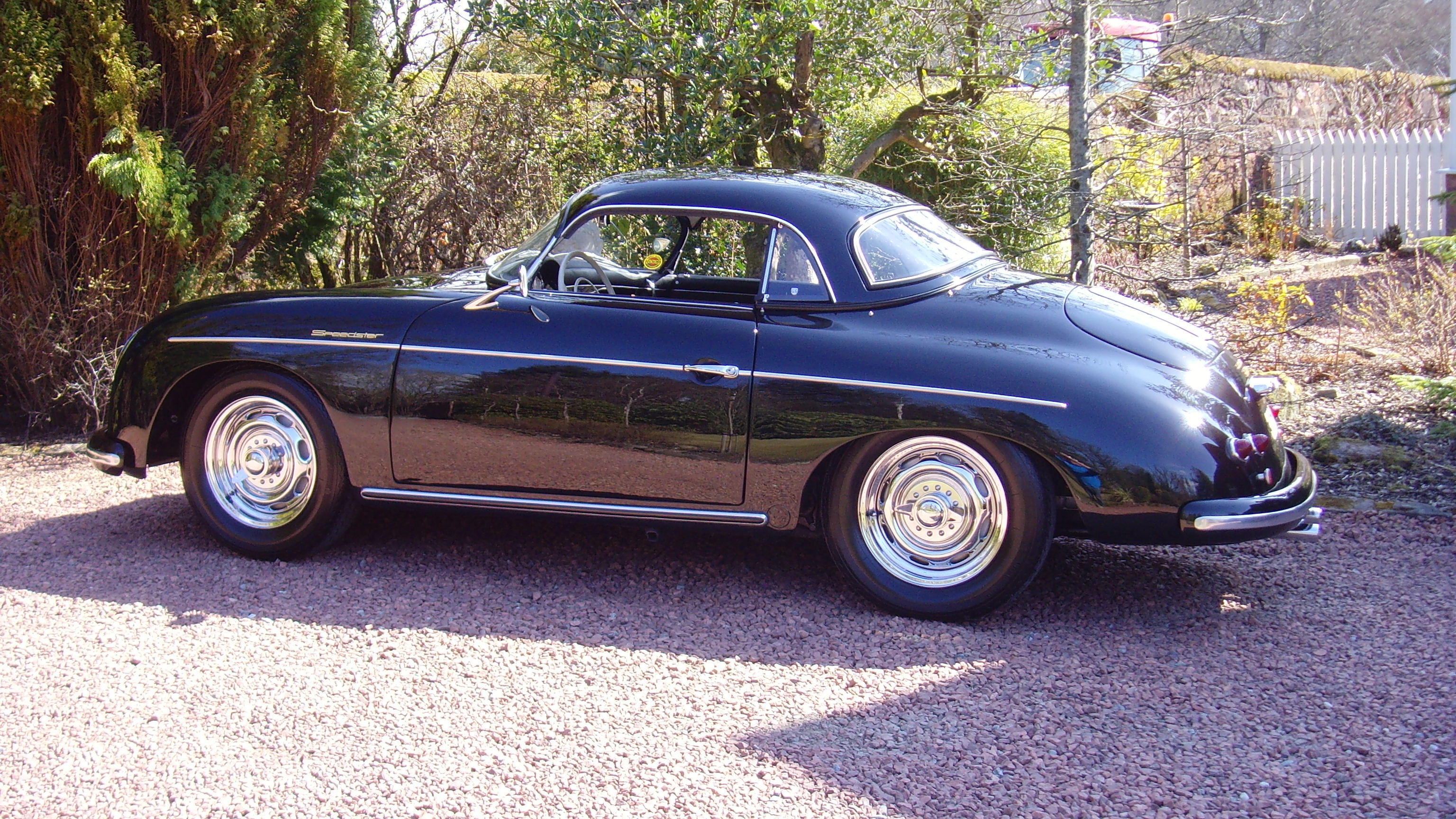 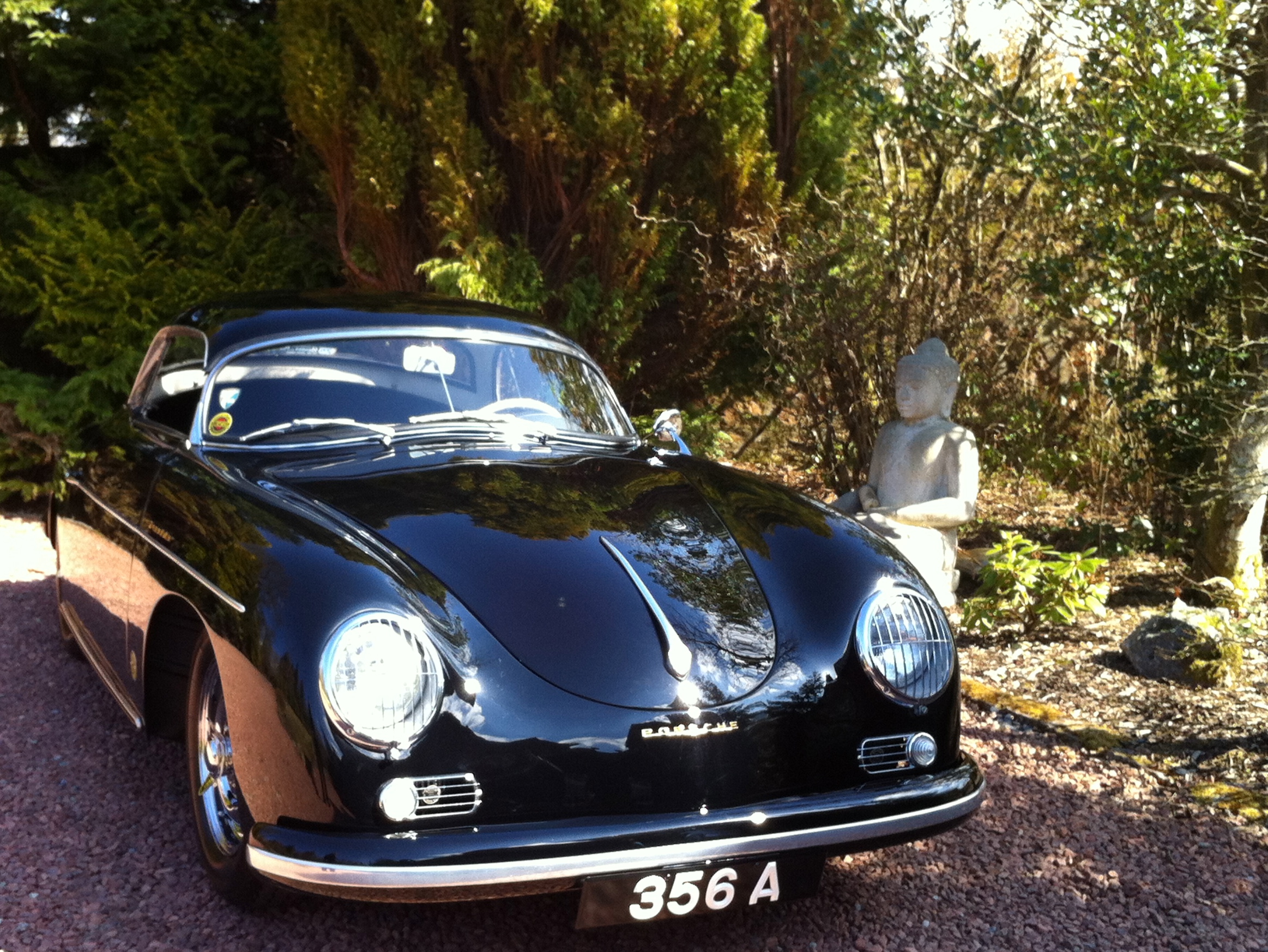 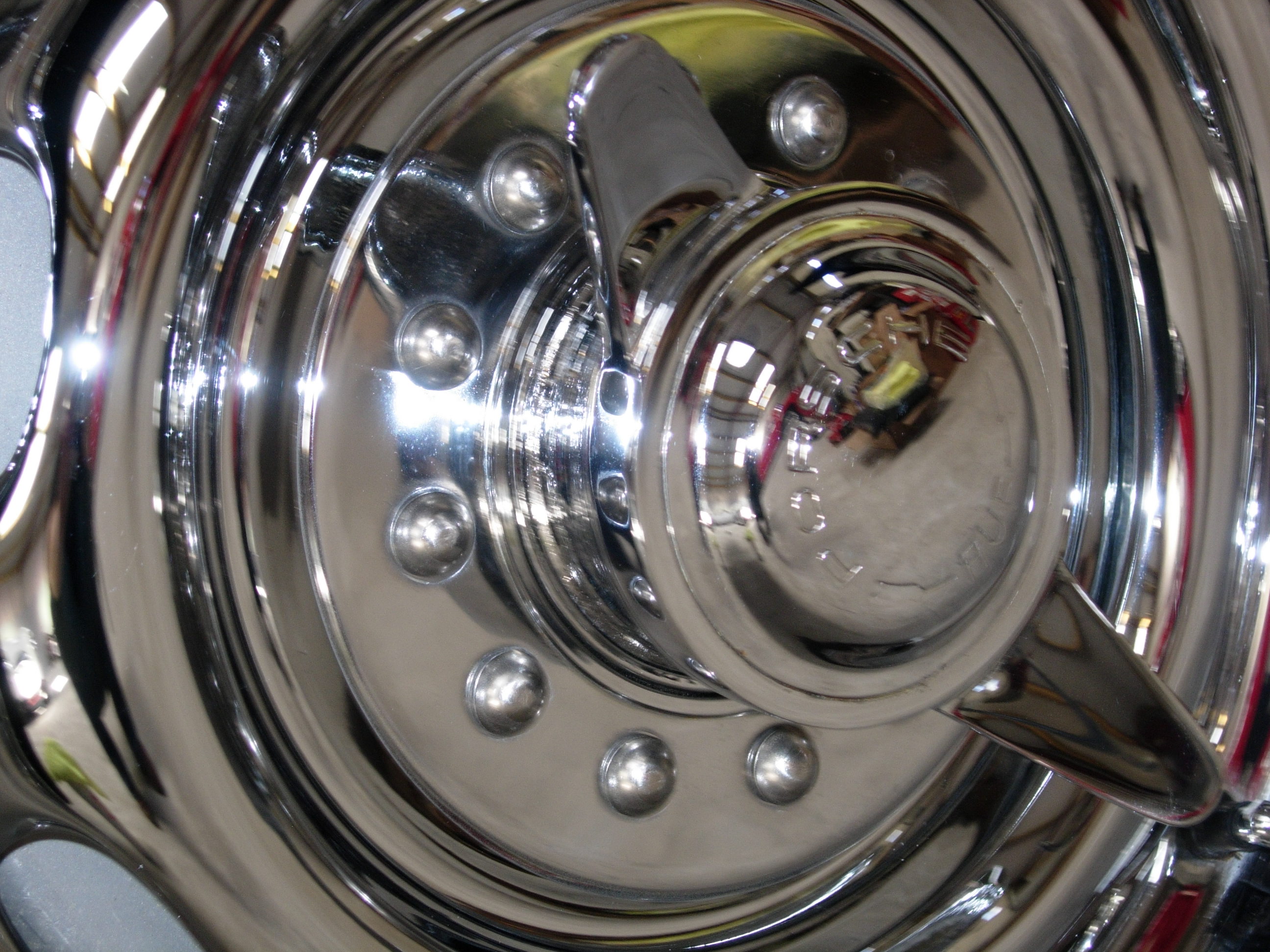 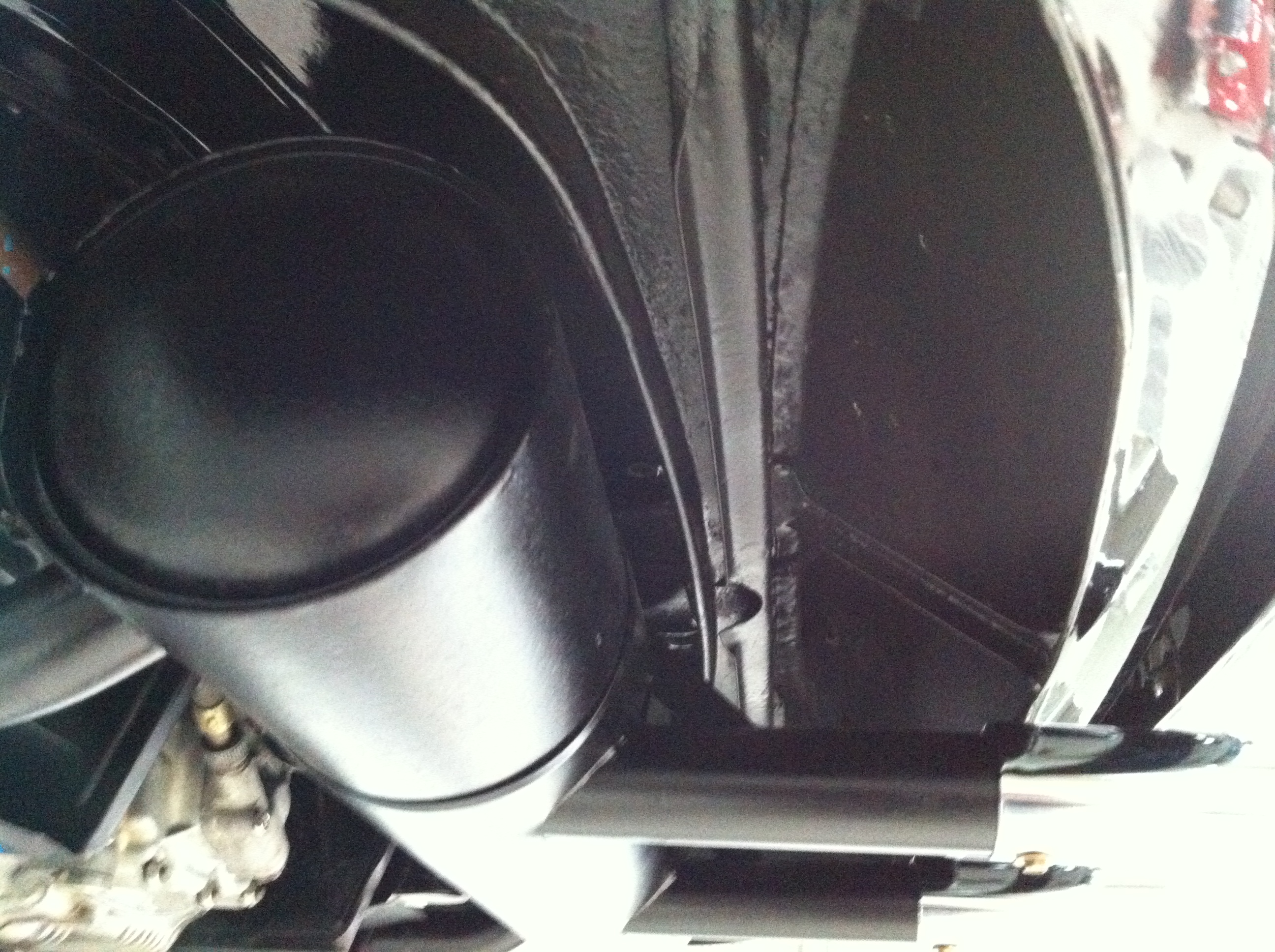 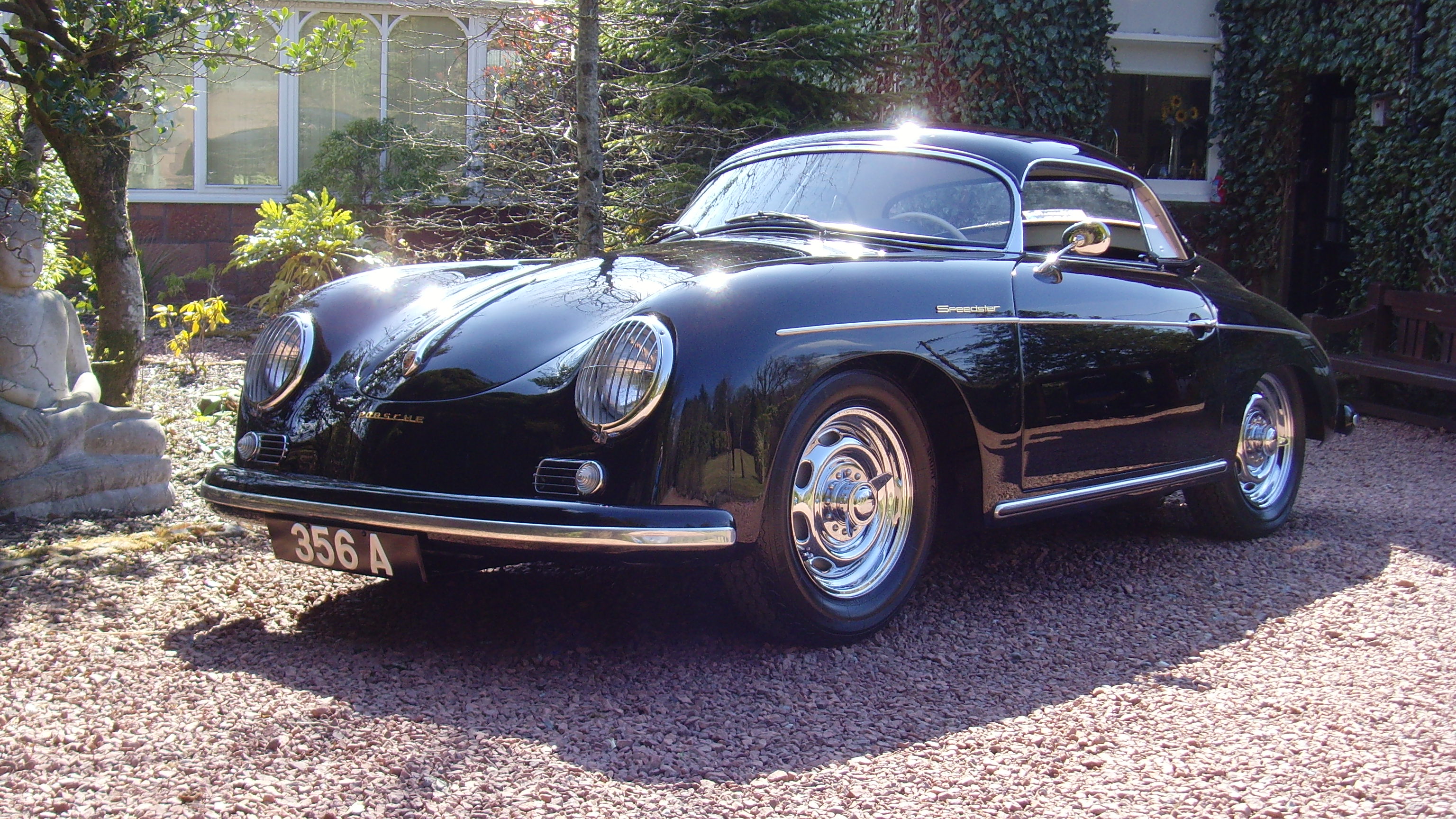 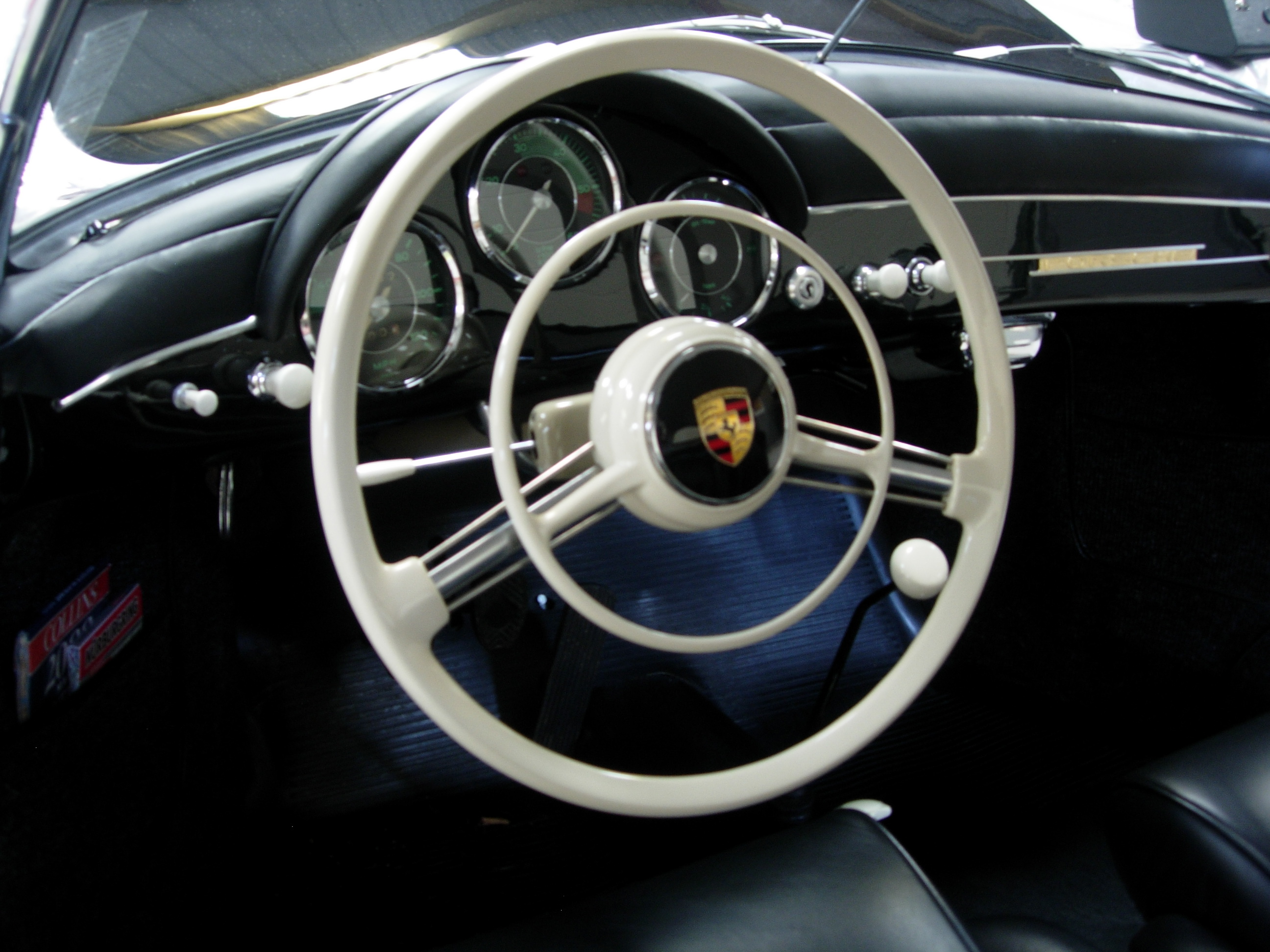 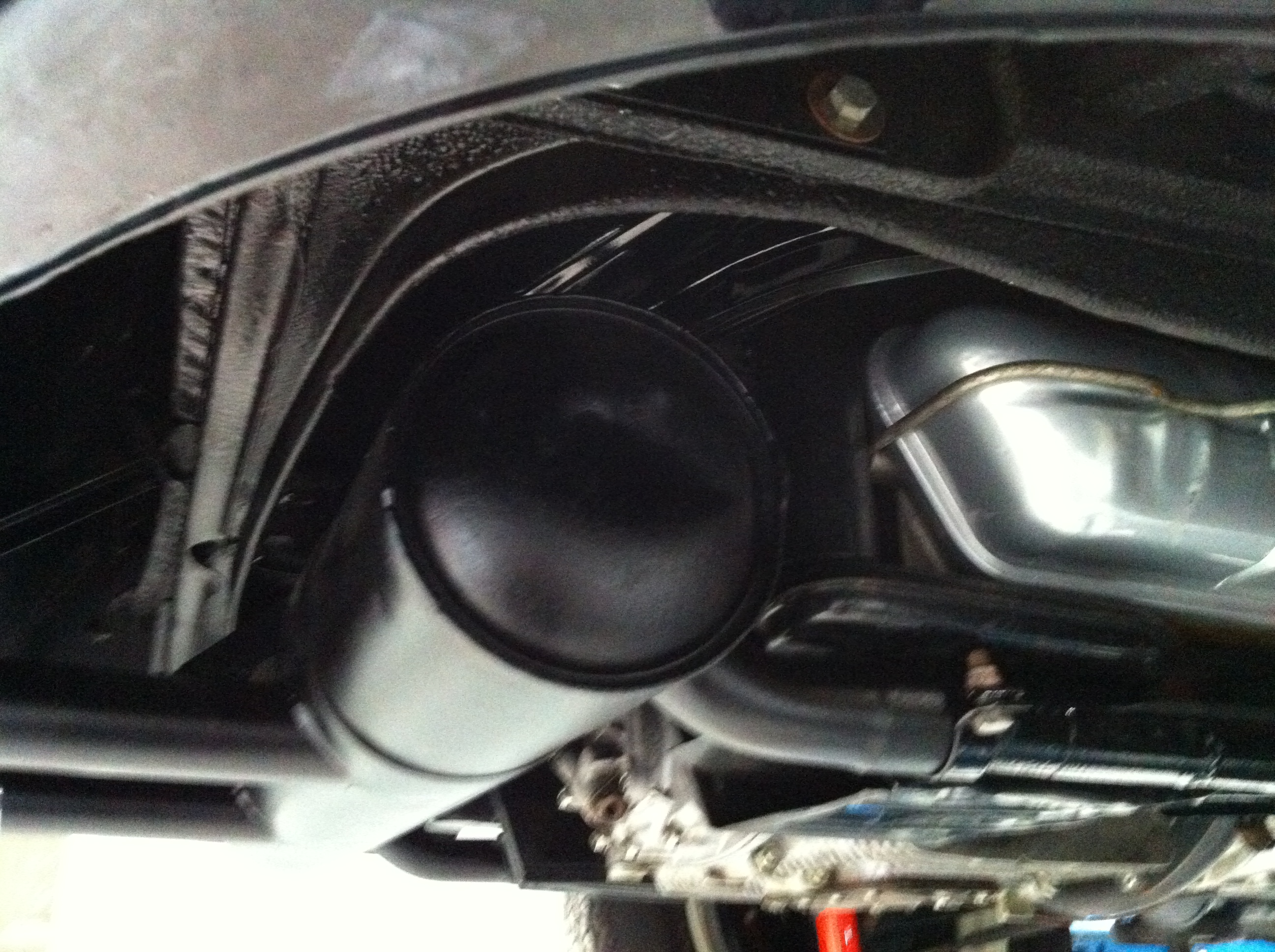