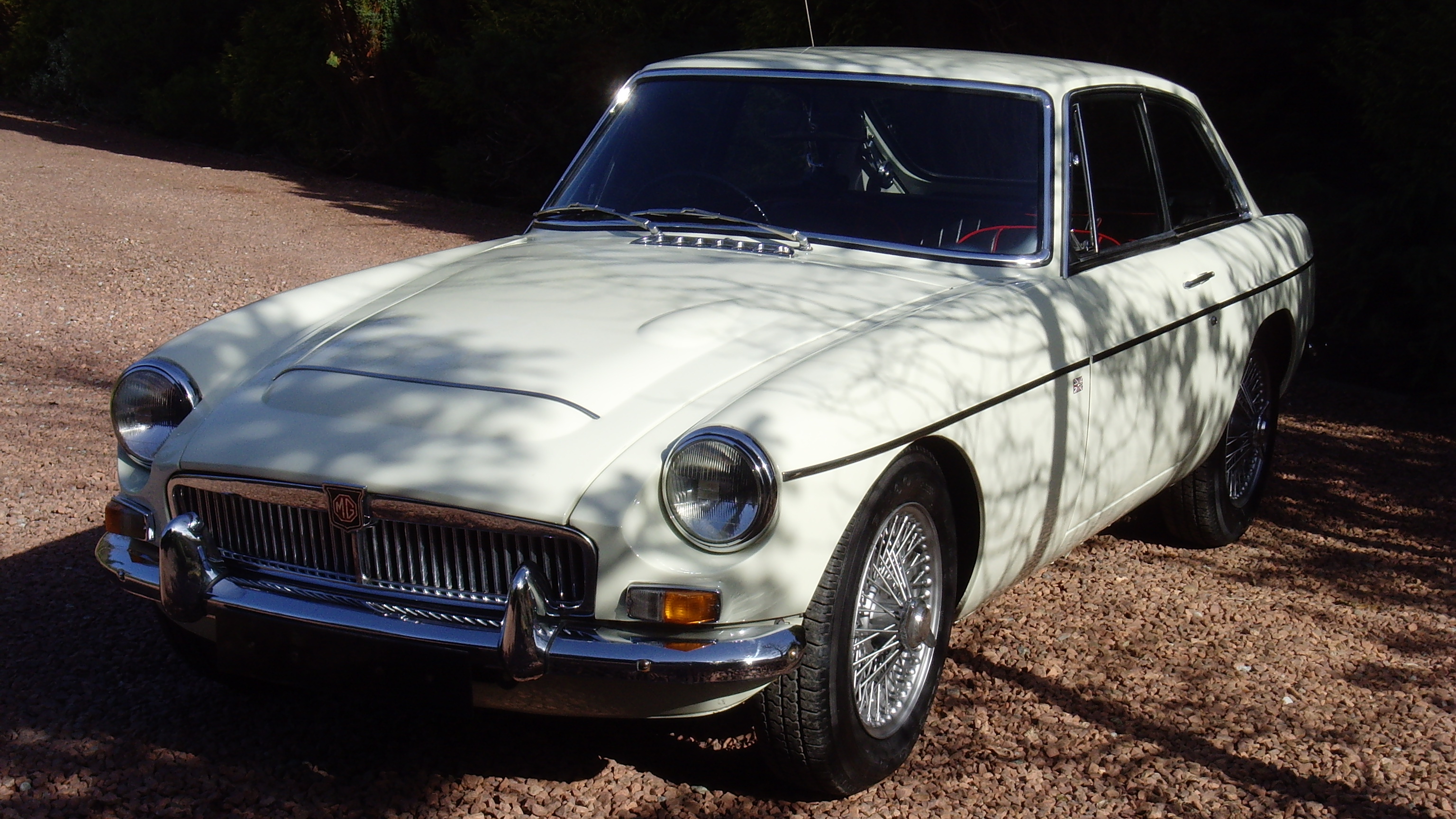 Border Reivers are delighted to offer this wonderfully correct 1969 MGC GT. Presented in its original Snowberry white colour scheme.This is a genuine & rare British supplied 3ltr Automatic coupe of which only 335 were built for the UK market.

the car has related paperwork/history going back to when the car was new with the original service book (BMC Passport to Service) stamped with the original supplying dealership service stamps (H.W.Motors Ltd,Bridge motor works,Walton-on-Thames),it also includes almost every mot showing the mileage as correct and a genuine 86200.The car had some cosmetic work in the early 80s & has been used sparingly in the intervening years.The paint & trim has all aged very nicely with a lovely patina.Only 3 previous owners

History… Early in the design stages of the MGB there was an intention to create high performance variants, using a range of V8 engines that did not make it to production. One such variant was the MGC  – very much more than a tuned MGB and in fact a completely re-engineered car  although retaining many visual connections to the MGB. On the outside the MGC was often mistaken for an MGB as the only visual differences were in the heavily bulged bonnet with a transverse chrome strip that accentuated the bulges and the standard use of 15″ wheels instead of 14″. Inside there were few differences between the B and C other than the 140mph speedo and tacho with a yellow and red banding set against lower rpms than the MGB. Under the skin though and the differences became obvious with most changes up front. The engine was a BMC C series six cylinder 2912cc unit of the type used in the Austin Healey 3000 which added considerable weight as well as bulk. This required a new torsion bar front suspension along with uprated braking.

The MGC was a 3litre straight-6 version of the MGB and sold from 1967 with production continuing through to August 1969.It had been intended to be a replacement for the Austin Healey 3000 that was now showing its age.In the twin SU carburettor form used in the MGC,the engine produced 145bhp at 5250rpm.The body shell needed considerable revision from its predecessor,particularly around the engine bay and floor pan,but externally the only differences were the distinctive bonnet bulge to accommodate the relocated radiator and a teardrop for carburettor clearance.It had different brakes from the MGB,15 inch wheels,a lower geared rack and pinion steering and special torsion bar suspension with telescopic dampers.Like the MGB,it was available as a coupe and roadster.An overdrive gearbox or three-speed automatic gearbox were available as options.the car was capable of 120 mph and 0-60 mph time of 10.0 seconds

A fantastic opportunity to buy a rare and proper British sports car in fantastic condition with Big Healey performance at a fraction of the cost.If your thinking of being the new custodian of an iconic British sports car this one must be on your list .Where else can you buy an MG with a full milage history from new ? this history is more complete than most Ferrari or Porsche history files we have seen.Most unusual,a real delight and pleasure to sell. 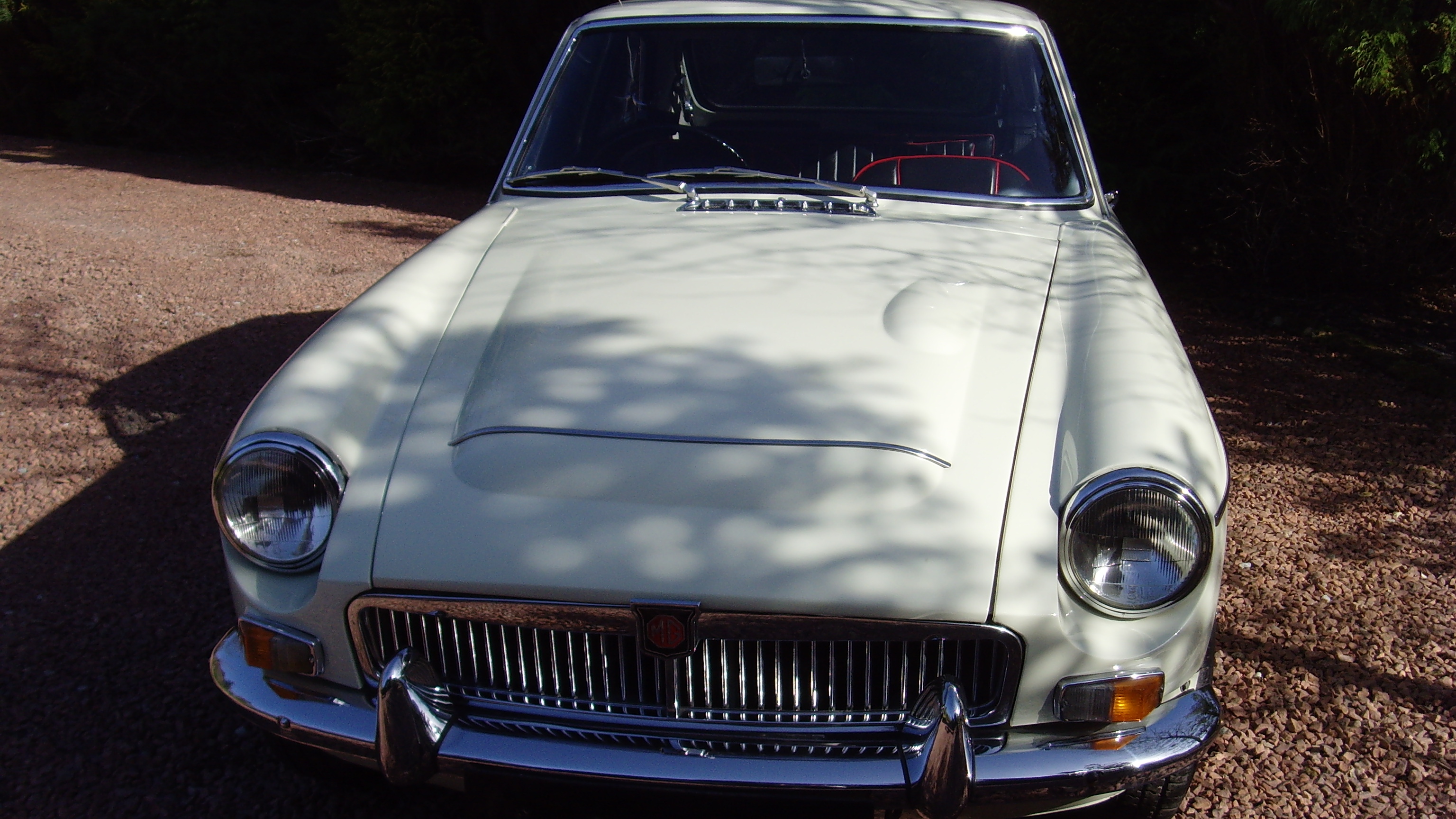 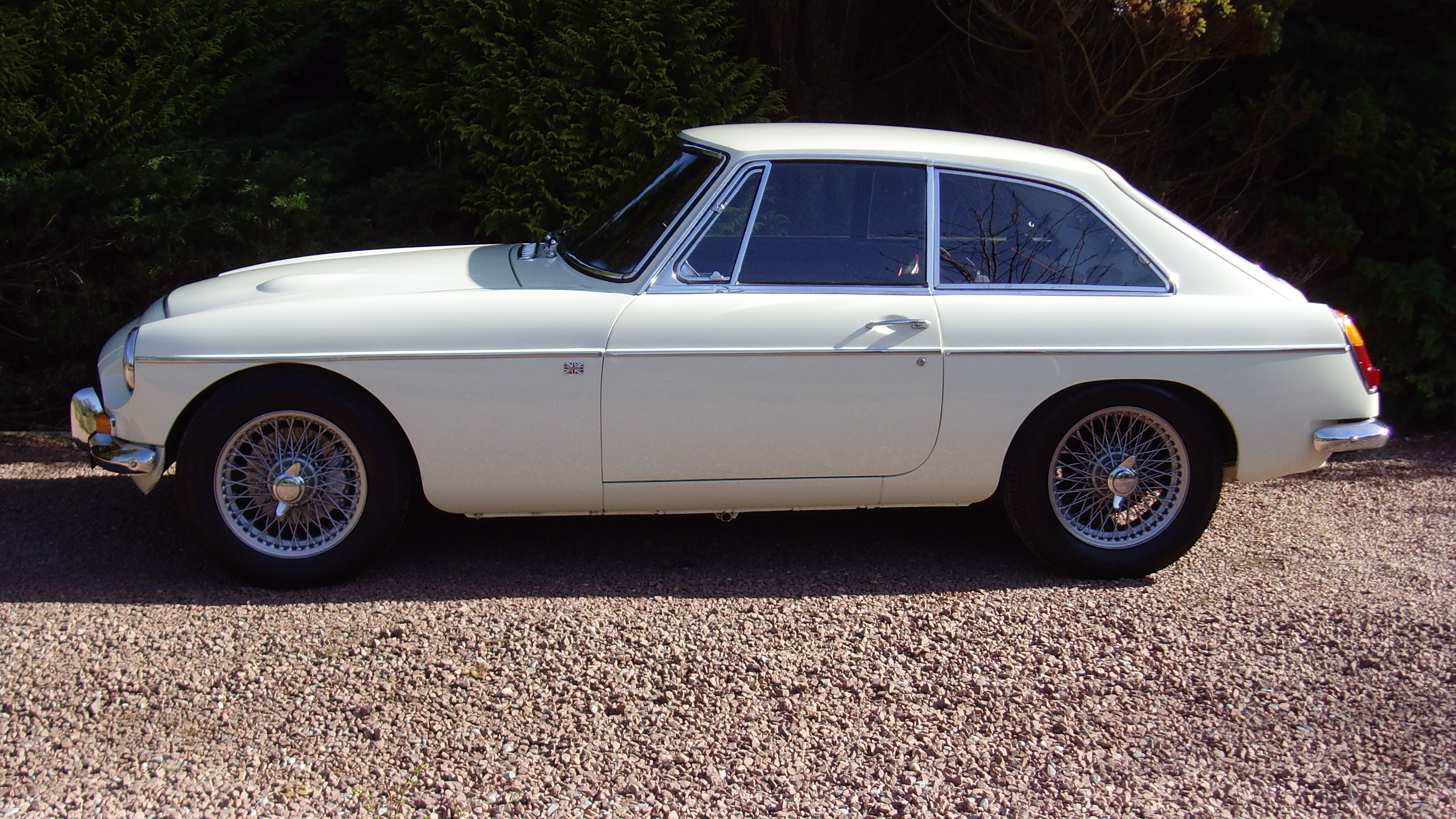 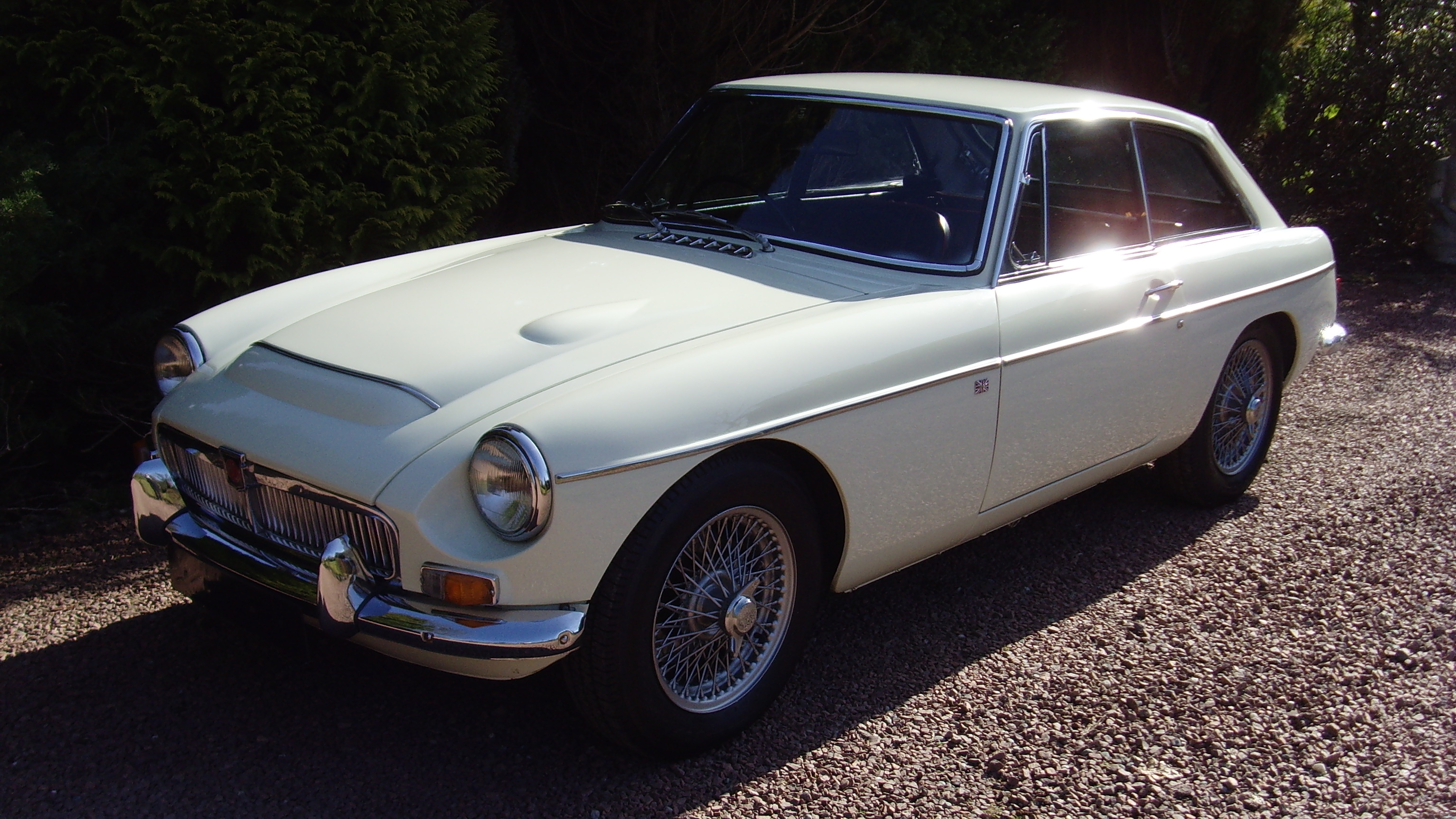 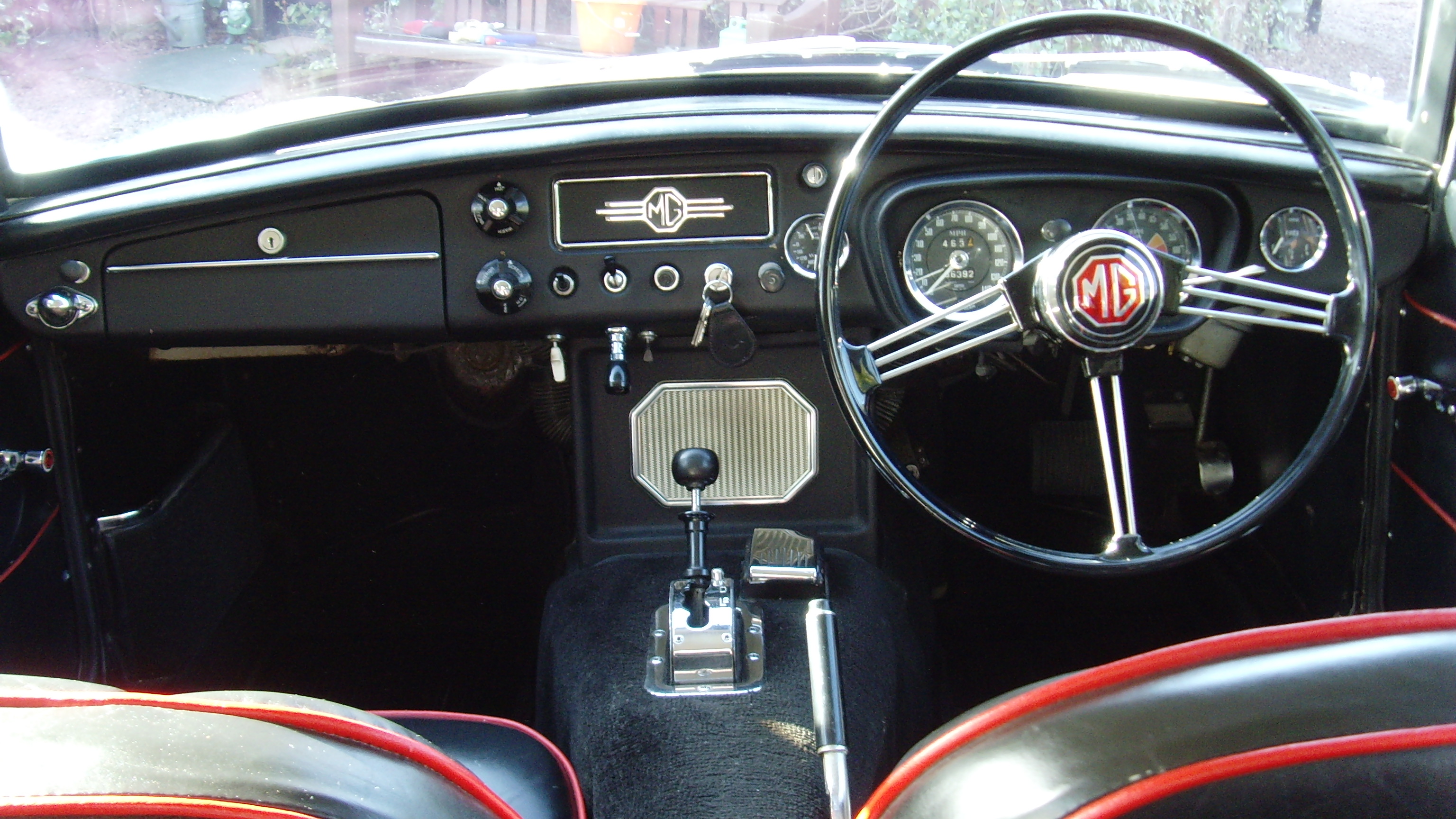 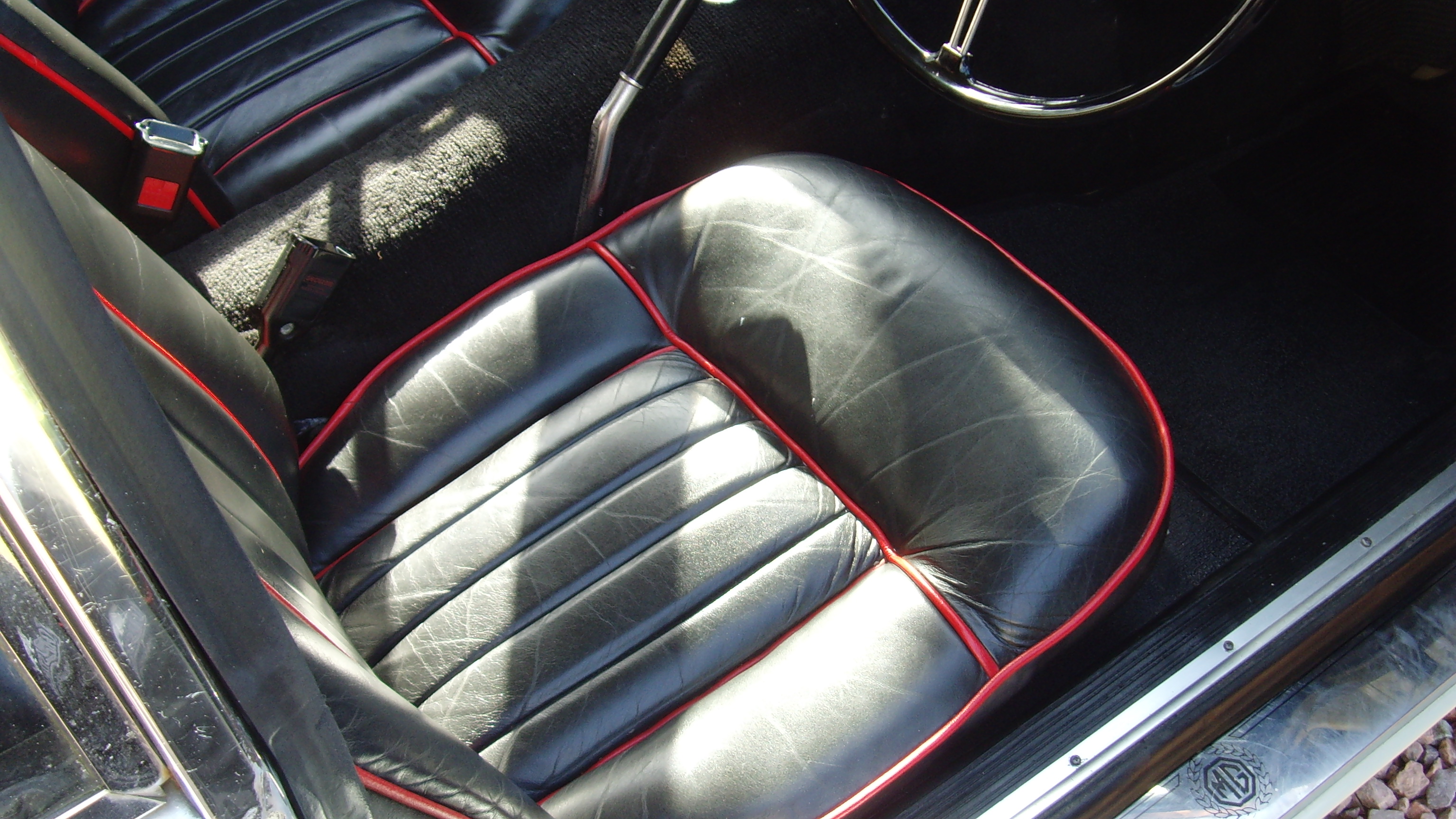 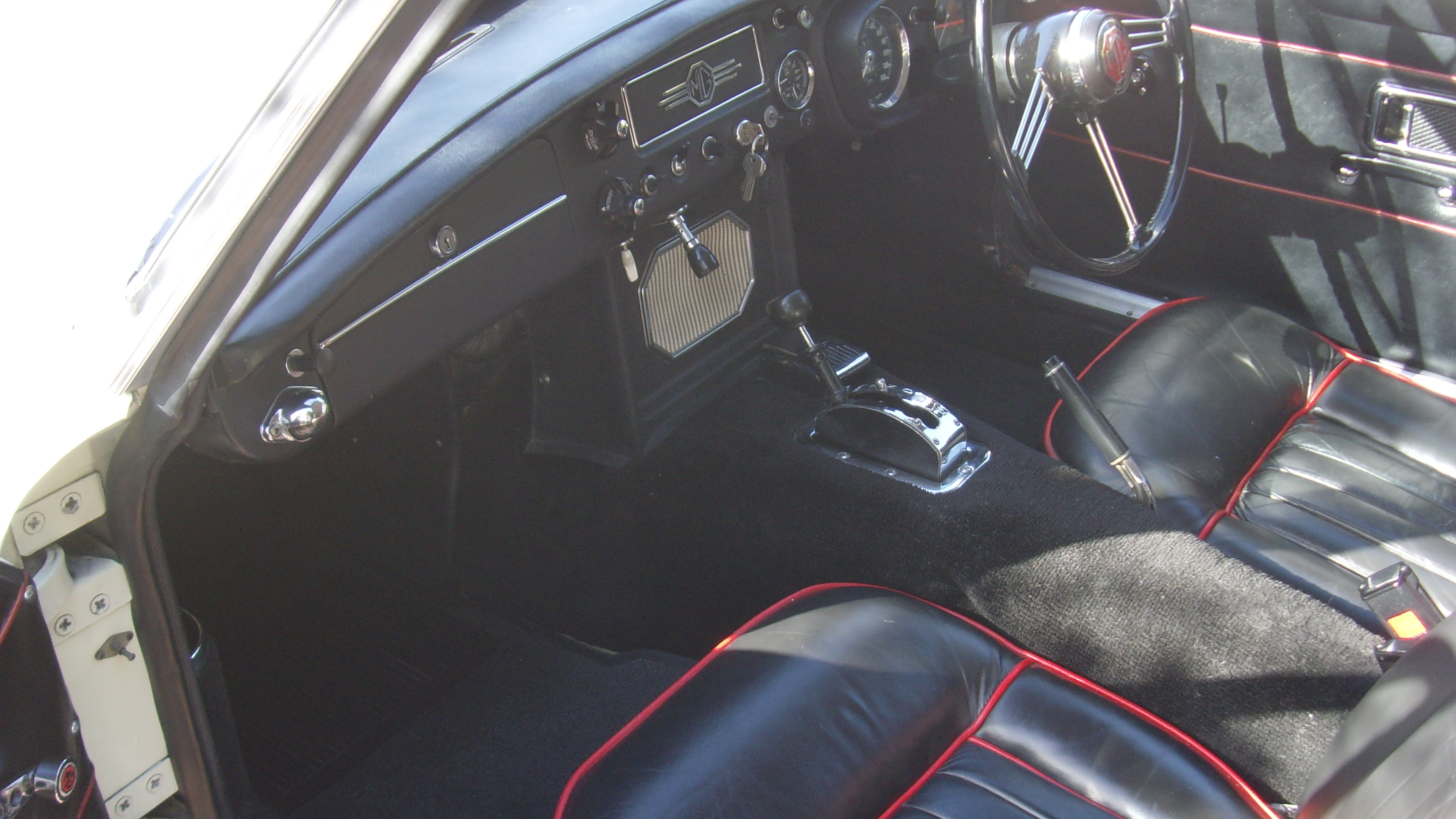 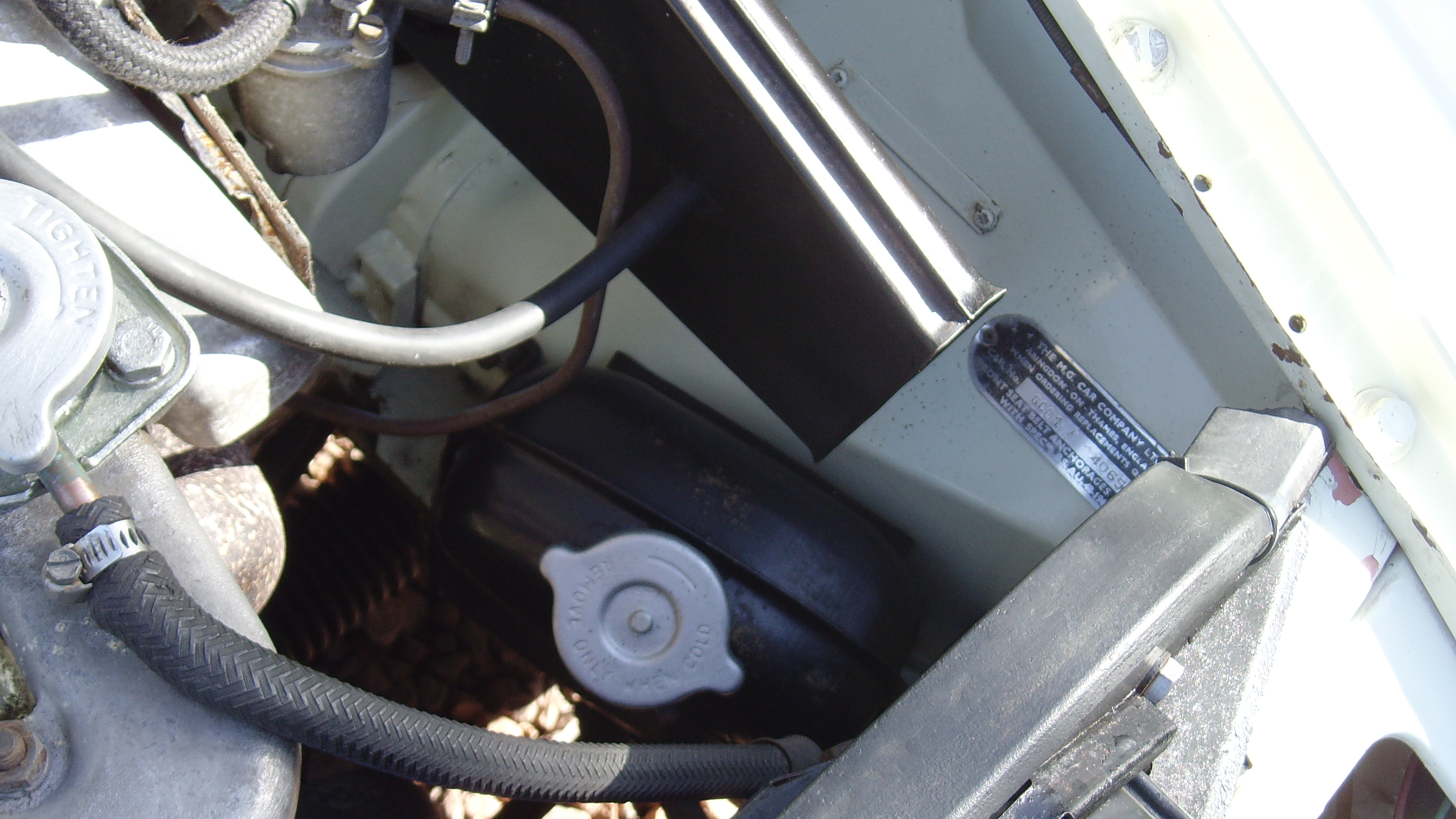 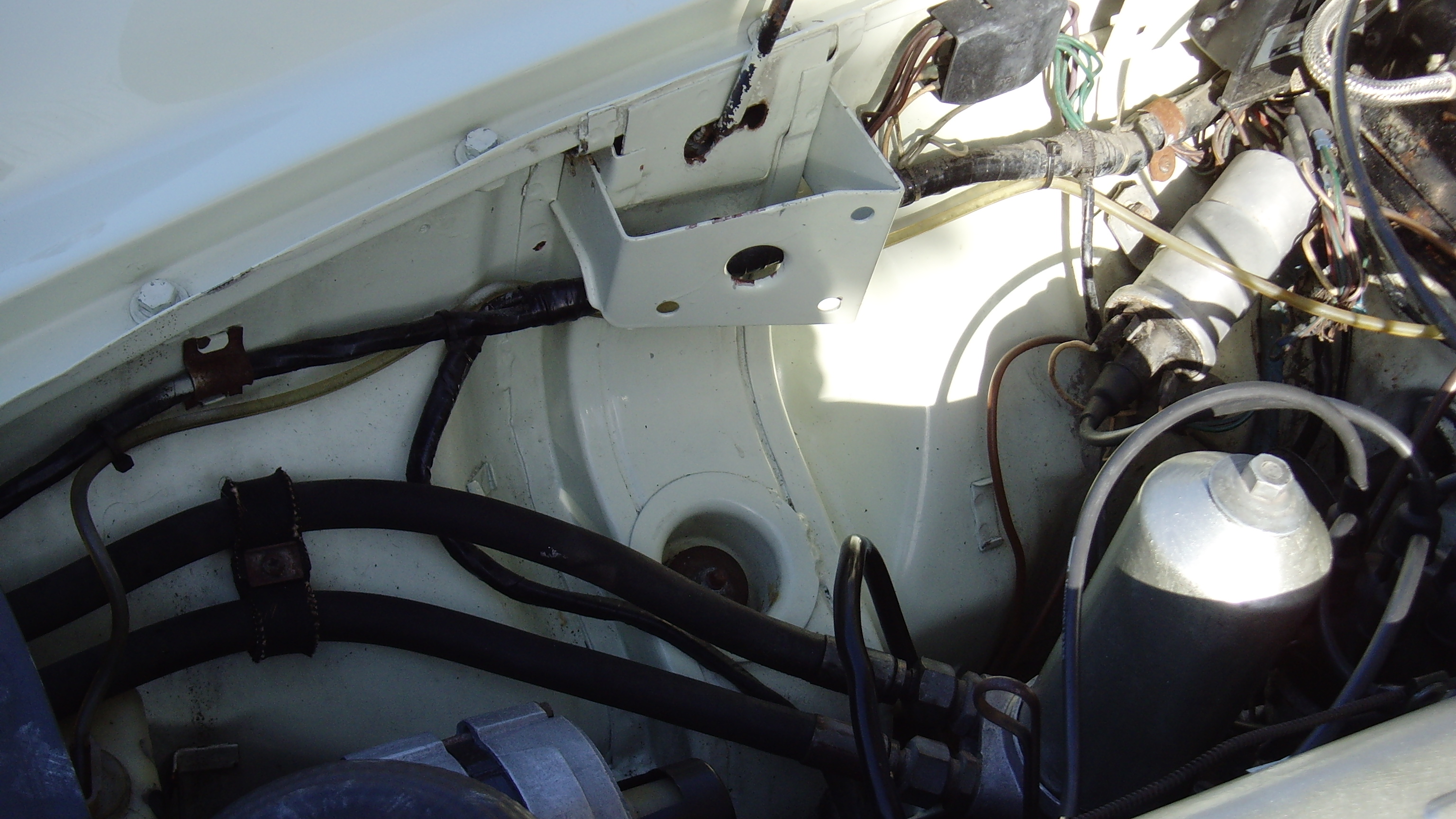 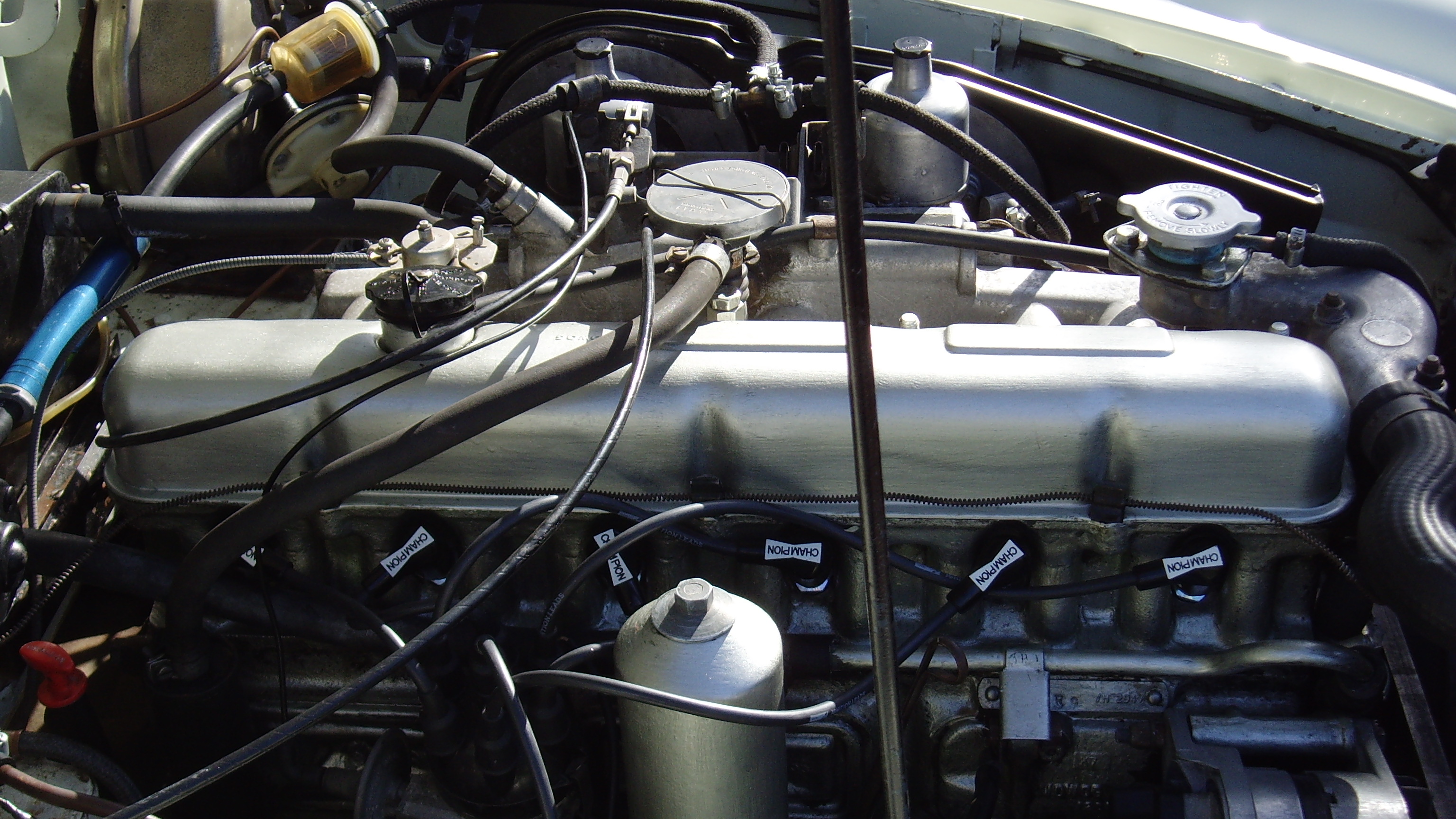