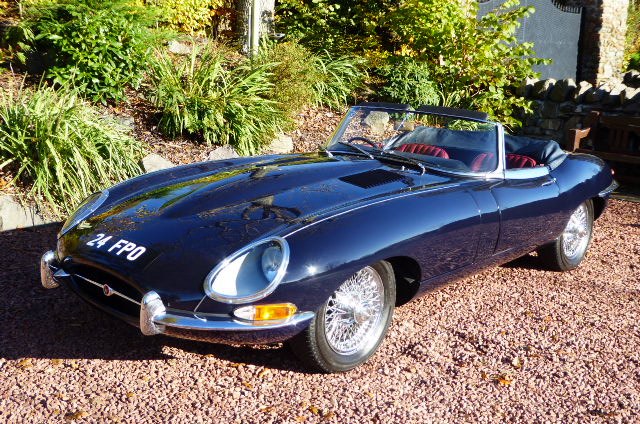 Jaguar E-type Series one, right hand drive from 1966. Originally built for the American market in left-hand drive this Series 1 4.2-litre Roadster was supplied to Jaguar Cars in New York in 1966 before finding its first owner in Ohio. It was much admired in the US of A for many years before returning to the UK a few years ago and was then subject to a complete restoration, with an engine rebuilt by Swallow Engineering, and accurately converted to right-hand drive at that time. The full details of the restoration and engine build are contained in two large A4 folders along with the Jaguar Heritage Certificate.The car finally returned to the road in 2010 but, as far as its condition is concerned, it could have been ten minutes ago. Finished in a classic Jaguar Dark Blue with a fabulous Red interior this is a really impressive E-Type with even shut-lines and paintwork that looks so deep you feel you could dive into it. E-type engine bays tend to be well kept because access is comparatively easy, but this one looks sharp. Even the boot carpet looks brand spanking. The car looks like it has hardly been used since the restoration, but it must have been, as last month the ball joints, rear radius bushes, and some other mechanical items were renewed at a cost of £3,007. Apart from its history file the Jaguar is accompanied by the owner’s handbook, service manual, spares catalogue, jack, and wheel hammer. Its registration number is fully transferable. Series 1, Dark Blue, Red interior, chrome wires, and well restored – most of the boxes ticked we think. very well priced.

History  The Jaguar E-Type, or the Jaguar XK-E for the North American market, is a British sports car that was manufactured by Jaguar Cars Ltd between 1961 to 1975. Its combination of beauty, high performance, and competitive pricing established the model as an icon of the motoring world. The E-Type’s 150 mph (241 km/h) top speed, sub-7-second 0 to 60 mph (97 km/h) acceleration, monocoque construction, disc brakes, rack-and-pinion steering, and independent front and rear suspension distinguished the car and spurred industry-wide changes. The E-Type was based on Jaguar’s D-Type racing car, which had won the 24 Hours of Le Mans three consecutive years beginning 1955, and employed a racing design with both the body tub and engine bolted directly to the frame.
On its release in March 1961, Enzo Ferrari called the E-Type “the most beautiful car ever made”. In 2004, Sports Car International magazine placed the E-Type at number one on their list of Top Sports Cars of the 1960s. In March 2008, the Jaguar E-Type ranked first in The Daily Telegraph online list of the world’s “100 most beautiful cars” of all time. Outside automotive circles, the E-type has, with prominent placement in Austin Powers films (claim to fame European Collectibles sold the Shaguar to the movie studios and did the restoration including the union jack flag paint job) and the television series Mad Men, become cemented as an icon of its era.
The Series 1 was introduced, initially for export only, in March 1961. The domestic market launch came four months later in July 1961. The cars at this time used the triple SU carburetted 3.8-litre six-cylinder Jaguar XK6 engine from the XK150S. Earlier built cars utilized external bonnet latches which required a tool to open and had a flat floor design. These cars are rare and more valuable. After that, the floors were dished to provide more leg room and the twin bonnet latches moved to inside the car. The 3.8-litre engine was increased to 4.2 liters in October 1964.
Automotive journalists consistently ranked the Jaguar E-Type roadster as one of the most beautiful cars ever built. We couldn’t agree more. In fact, that seems to be the consensus with everyone. People are just drawn to E-types. 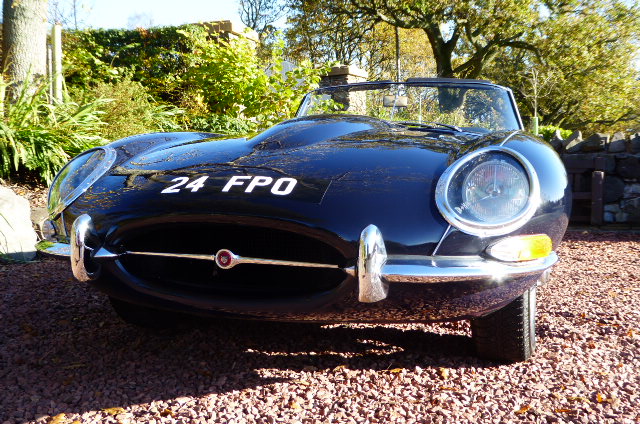 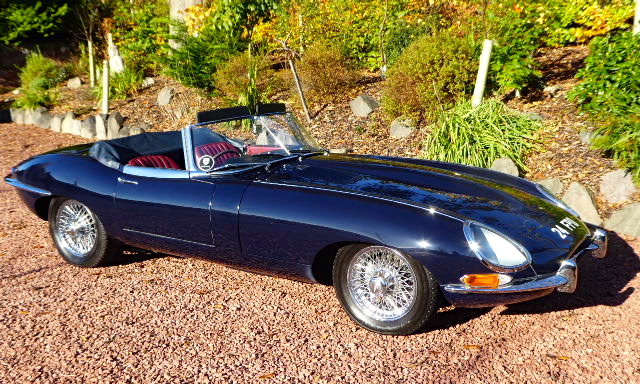 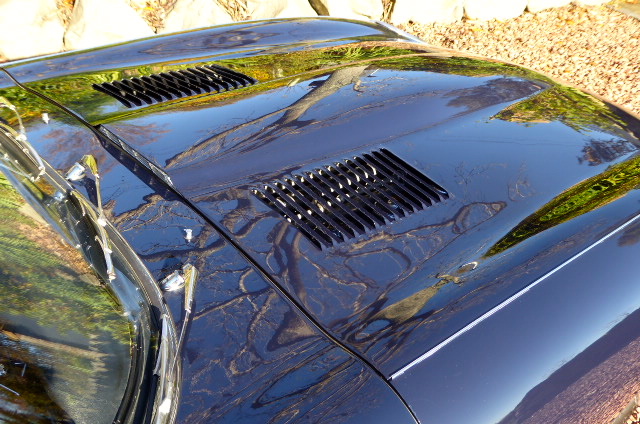 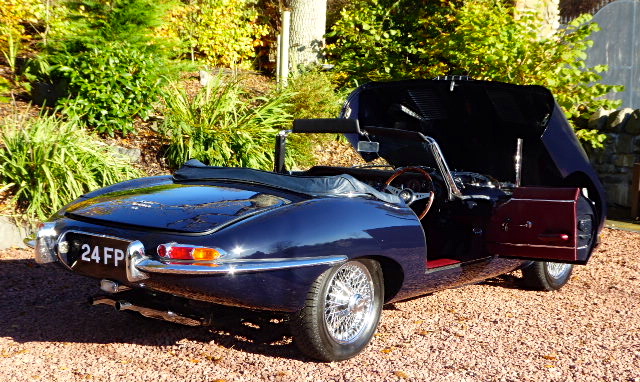 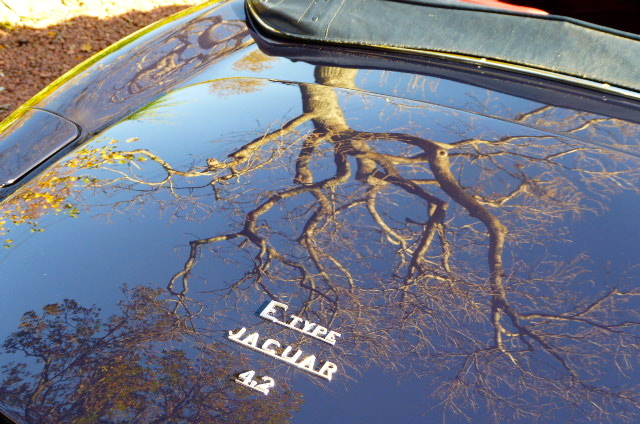 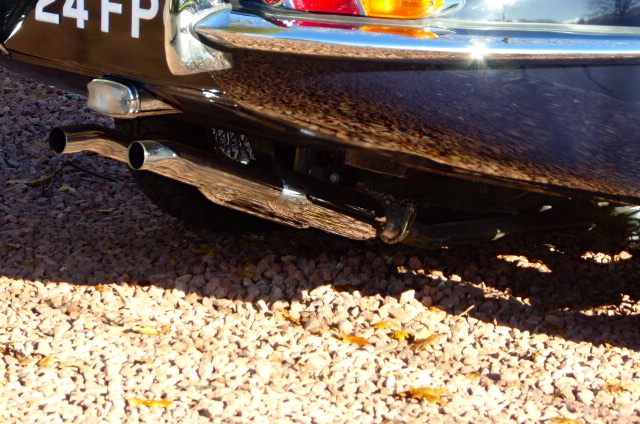 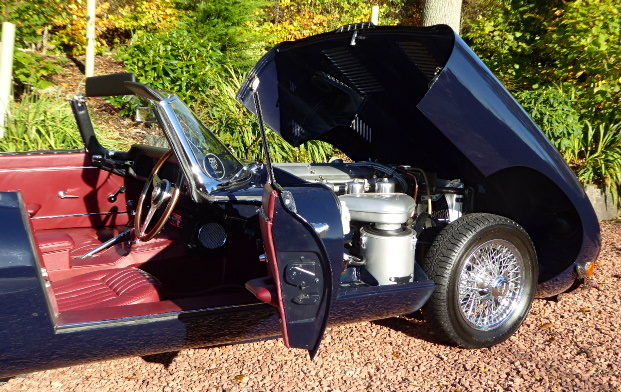 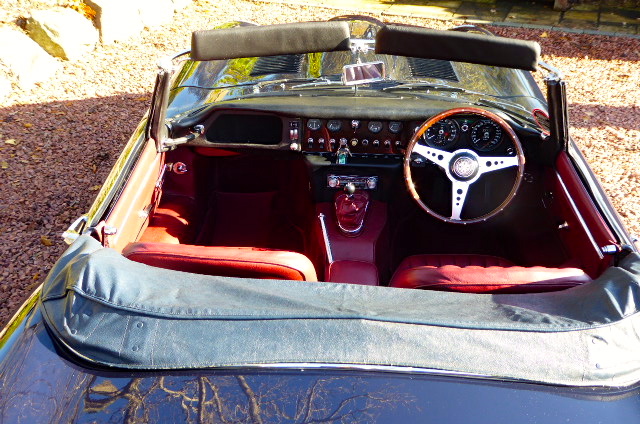 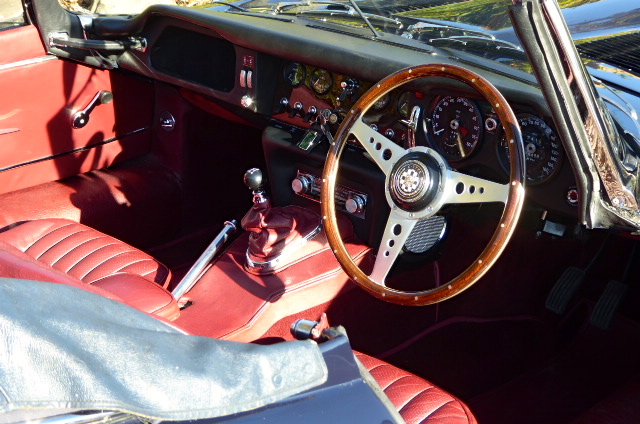 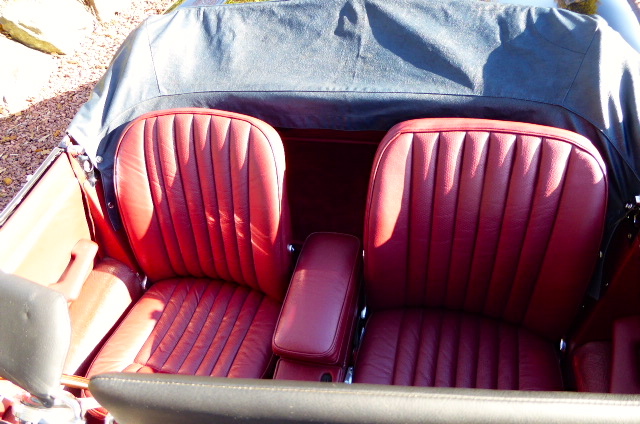 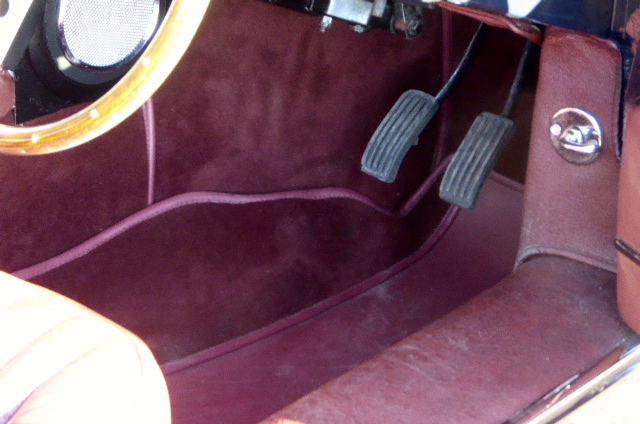 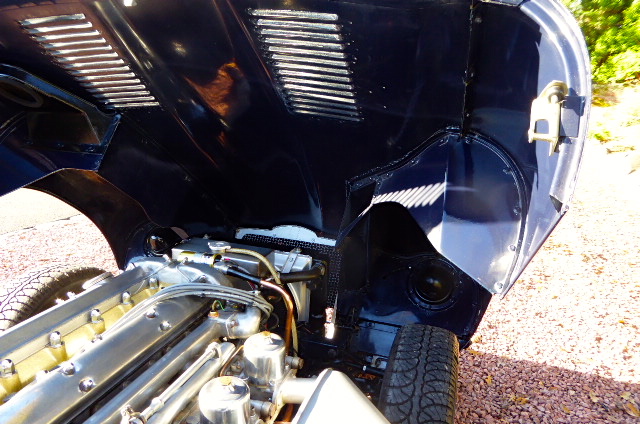 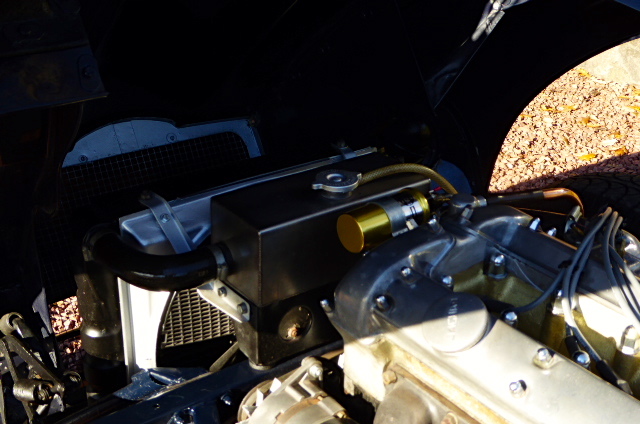 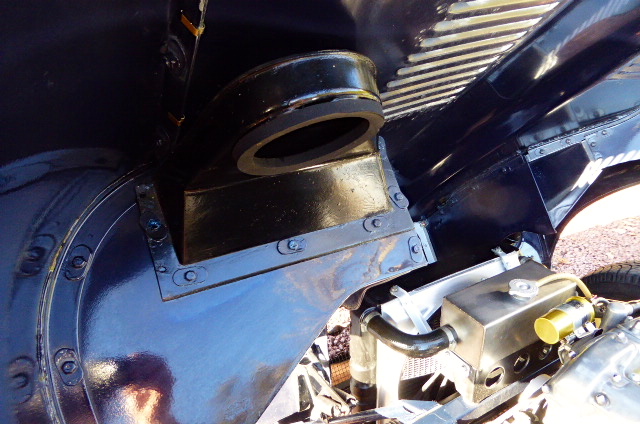 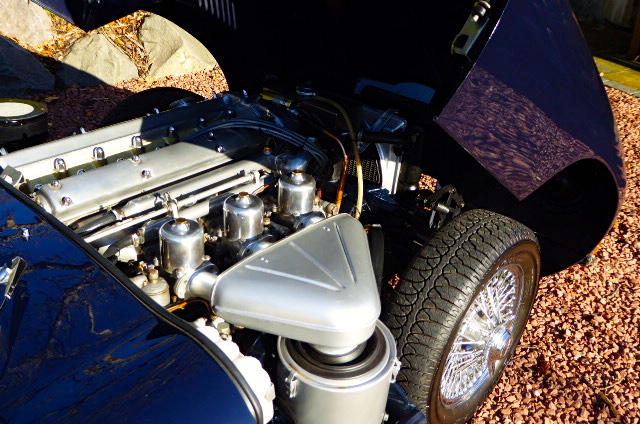 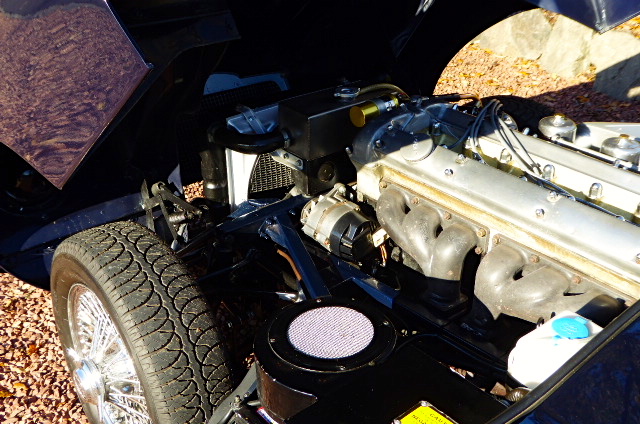 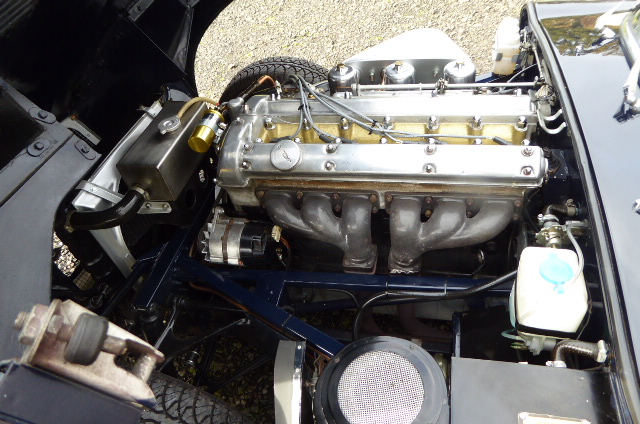 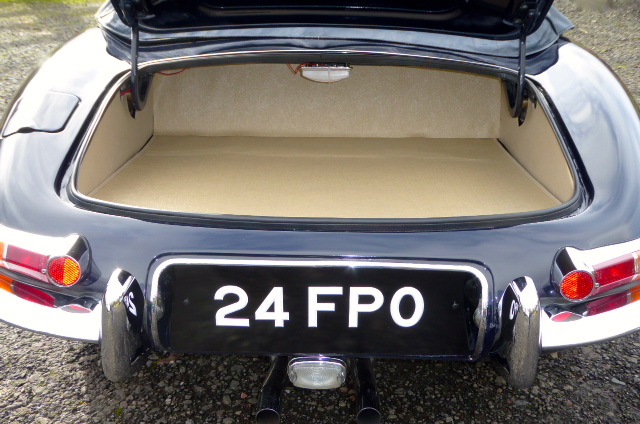