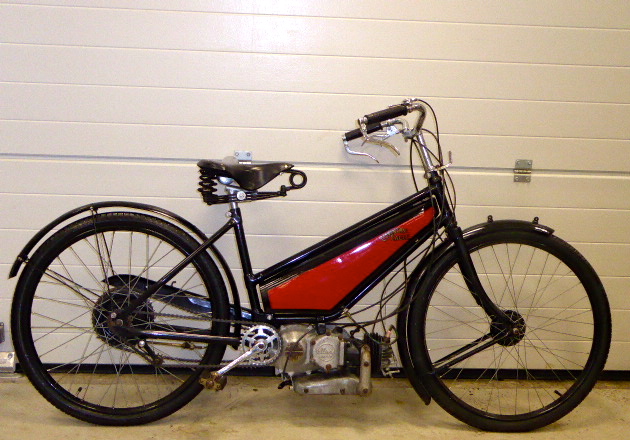 The Coventry Eagle Cycle Co was a privately owned family business founded by Edmund Mayo in 1890, firstly building bicycles, tricycles, and early powered tricycles toward the end of the 19th century.  Their first motor cycle appeared in 1901, and was built alongside the pedal cycles from which it originated.  This expanded into a varied range of motorised models that were largely built up from proprietary components, and listed up to 1916.
Production resumed after WWI, and developed into a comprehensive selection of models, from 147cc Villiers to the mighty V-twin JAP-engined ‘Flying Eight’.  As effects of the great depression progressively affected global business in the early 1930s, Coventry Eagle reacted year on year by steadily reducing their list, and moving towards utility economy models.  Many manufacturers went to the wall over this period, but a reputation for quality stood the company in good stead through these difficult times.
By 1936, the worst of the recession was past, and Coventry Eagle tentatively began to expand its range of machines again, though cautiously remained focused toward the economy market.  1938 found several manufacturers following Raynal and Excelsior in taking up G H Jones’s design licence for the Villiers powered motorised cycle, and announcing their “Wilfreds” (as the early autocycles were popularly termed by the press) before the Earls Court Show on the 10th November, in preparation for the 1939 season.  Coventry Eagle joined the stampede in the eleventh hour, and a very hastily assembled “Auto-Ette” prototype made a last minute surprise appearance on the stand, with a price posted at 17 guineas.  All of the initial promotional material carried pictures of this prototype, but when the production Q12 “Auto-Ette” arrived (Q prefix denoted 1939) at the dealers, it notably featured a number of developments beyond the original show model, which was almost certainly cobbled together from stock trade-bike components.  Changes for the production autocycle featured a lowered saddle tube and modified rear stay, the front mudguard now included lower valances, trim panels had disappeared between the bottom of the petrol tank and the upper engine mounting, and a number of other minor details.  Later, when the Auto-Ette sales leaflet came to be reprinted, the original prototype illustration subsequently became replaced with a new picture of the correct production machine – so there’s a challenge for any literature collectors!

The petrol tap is tucked down under the bottom right of the tank, though the choke control is more accessible from the riding position by a linkage up the left side of the bike.  Typically, flooding the carburettor proves unnecessary, and the motor chugs into life after a couple of spins.  Junior engines invariably prove a little recalcitrant when cold so it’s usual practice to allow the motor to run warm a minute and clear the choke before embarking, and though it still spits and coughs when we go to pull away, a boost on the pedals manages to convince it that we are serious about going for a ride.
Slowing for the first junction finds a bit of groping down for the inverted brake levers and trigger-latch clutch, then back up top for the lever throttle again.  All very muddled, and this is a control arrangement that’s going to take some acclimatisation.  With brake drums the size of shoe polish tins, and performance relative to their size, sensible piloting of the Eagle requires adoption of a ‘forward thinking’ riding style.  In terms of handling, the cycle chassis steers like a narrowboat, and though it seems to plough a straight furrow dead ahead, proves pretty unstable if you try taking both hands off the bars.  Finding the time to signal much at junctions generally proves too much of a challenge, since you’re going to be too busy balancing all the controls.

Typically of most early autocycles, a level of vibration readily comes in through the pedals, but on this one, doesn’t really seem to get any worse toward higher speeds.  A comfortable cruising pace is found between 25 – 28mph, before more vibrations start creeping in through the saddle, and make holding constant speeds above this figure uncomfortable and fatiguing.  Once this Junior motor got nice and hot, we recorded up to 36mph on the flat with light tailwind, and the motor pulling cleanly with barely any 4-stroking.  Downhill, 38mph, but because it was off-load under these conditions, 4-stroke phasing was coming in intermittently.  Pulling up a moderate incline, the revs fall back until the deflector transfer scavenging becomes efficient and the engine digs-in to maintain a steady 25mph hill climbing rate.
It’s normal for these old Villiers motors to choke and cough a bit when they’re cold, and you do need to get them hot before they start to run properly.

Riding an antique autocycle like the Coventry Eagle at speeds like these is a real handful, and even if the bike might do it, the pilot isn’t going to want much of it!
The lights?  Well, they glow in the dark.  About what you’d expect from prehistoric electrics! 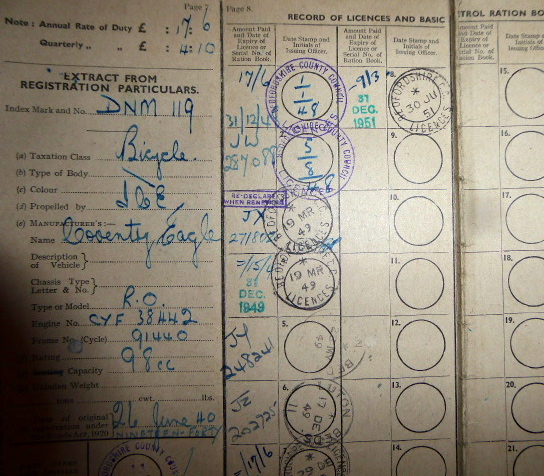 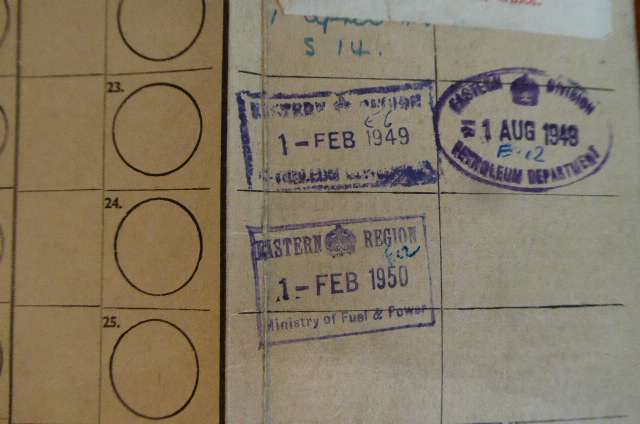 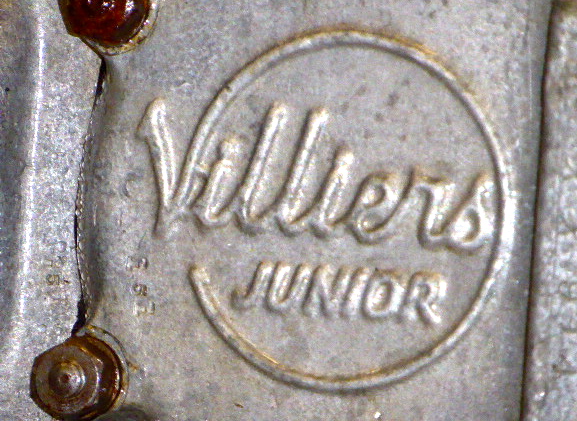 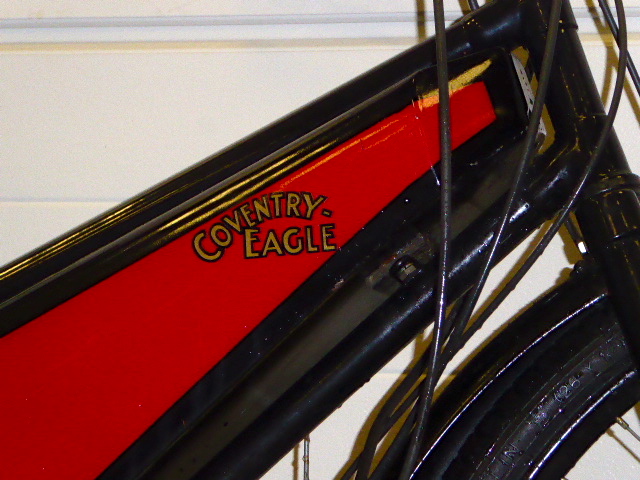 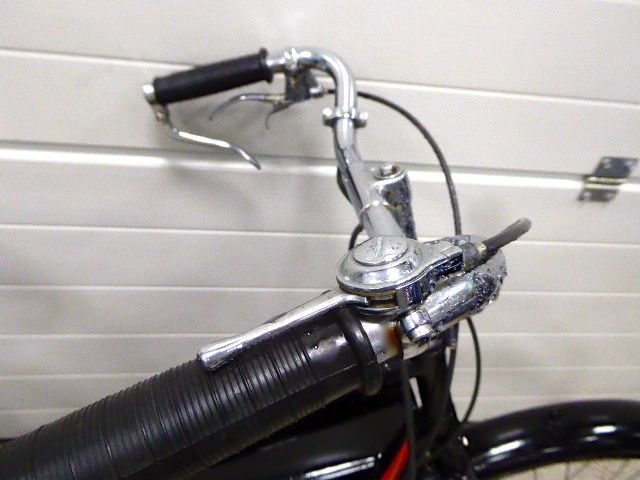 Barn find as found (below) 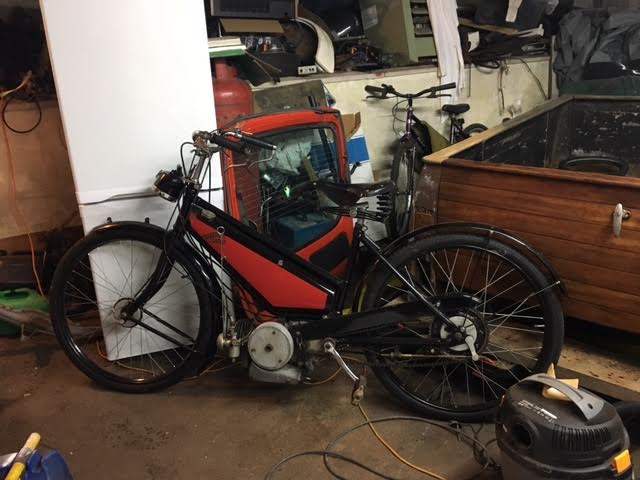 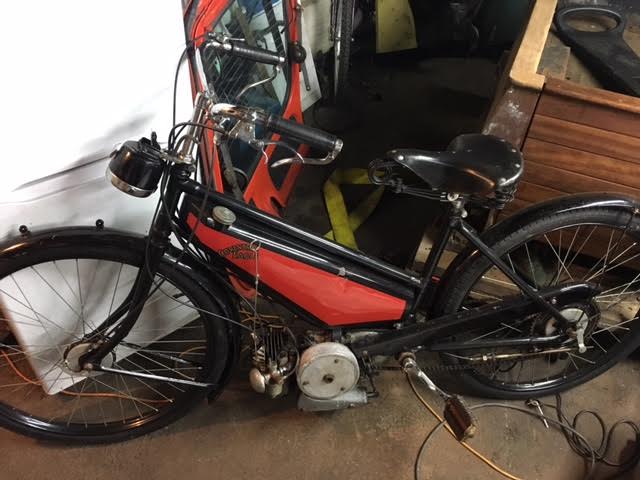 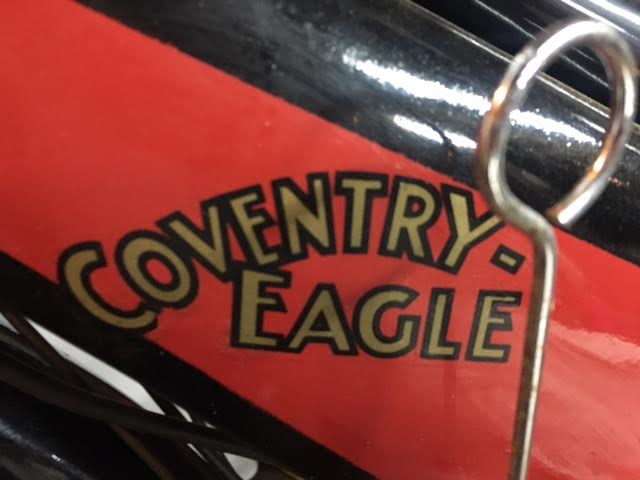 How it should look (below) 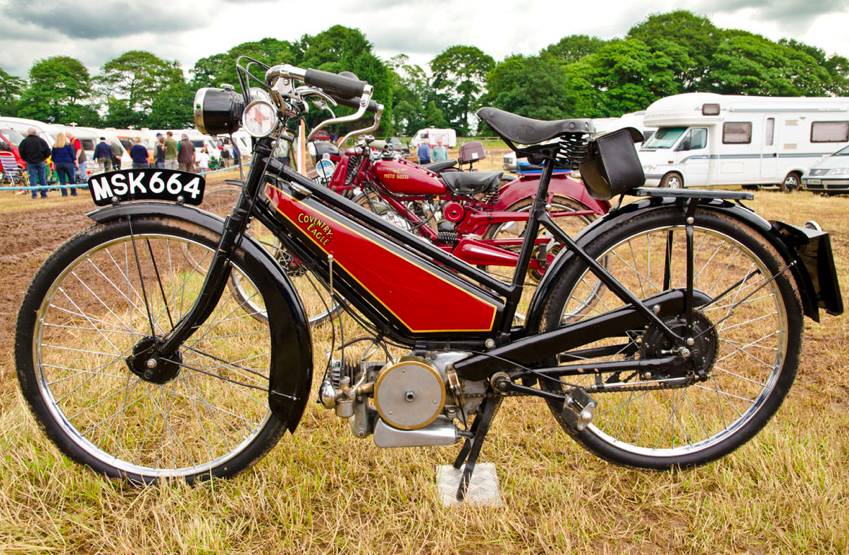 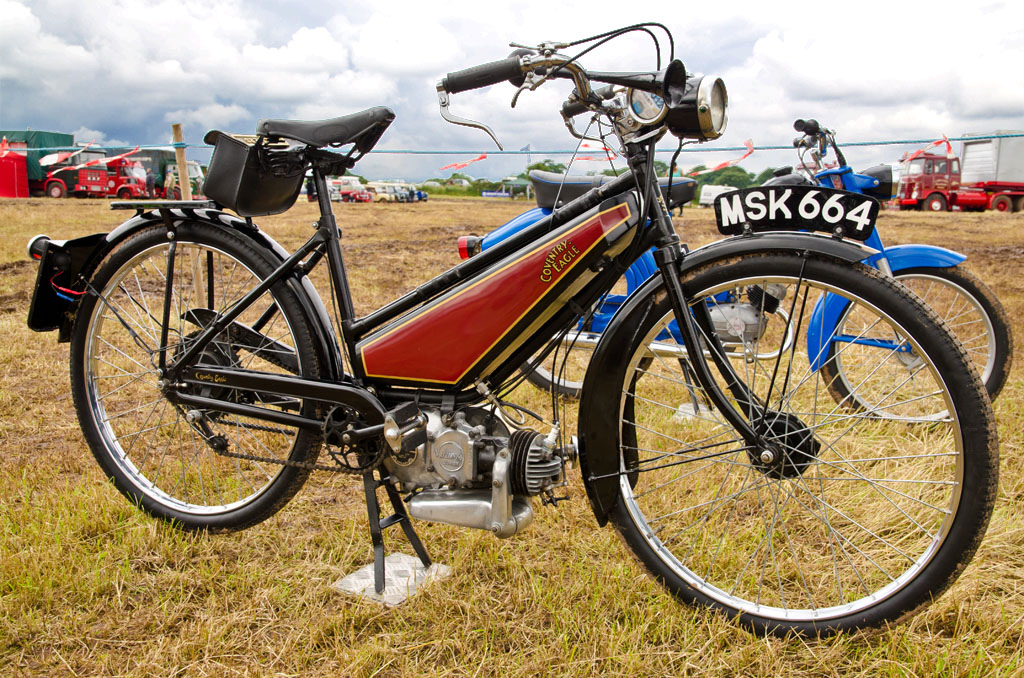