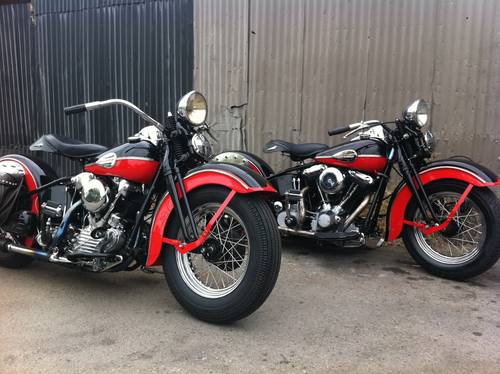 1947 Harley Davidson Knucklehead,Converted for the movie ‘The Masters’ they had an original un-modified 1947 for the stills/close ups and they had this 1947 for the driving scenes,it was modified to disc brakes with a floor gear change but still retaining the tank shifter but the biggest change was the more powerful motor making this a very quick Harley with the traditional looks but with an engine that can shift and proper brakes to enable it to stop and the obligatory electric start.All this was put together at a cost rumoured to be in excess of £100k so what we have is a 1947 titled Harley Davidson Knucklehead with the latter 5 speed box & the Harley Evo engine.Making it the only everyday usable & liveable Knucklehead on the planet. We also have a 1948 Panhead which as you will know with early Harley’s are a bugger to start,not a great ride or stopper & unreliable, most are ornaments .So if you want the looks without the hassle this is it. Original frame,forks,metal work,saddle bags,saddle etc and correctly registered as a 1947 no tax or mot required in the UK. 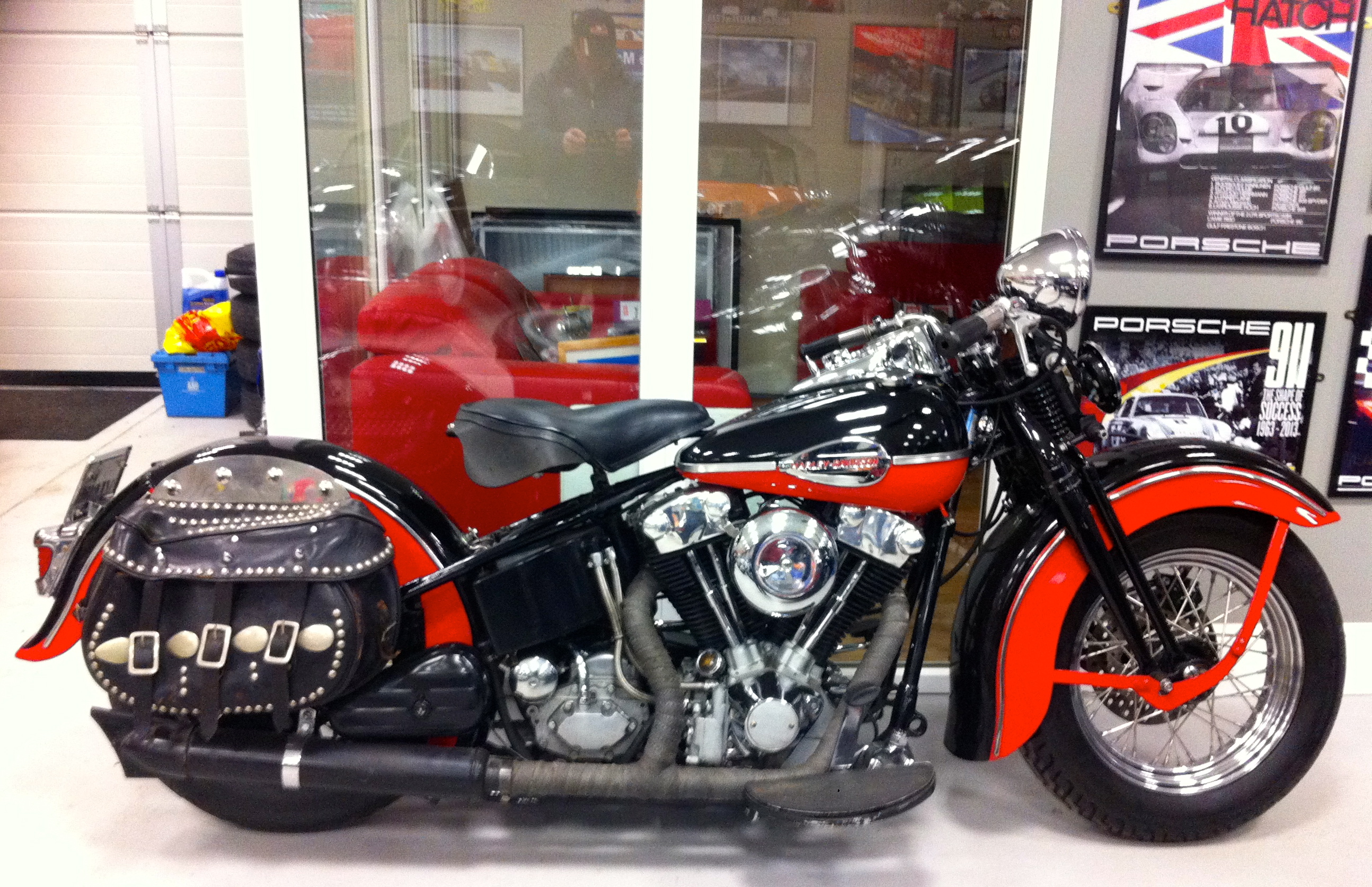 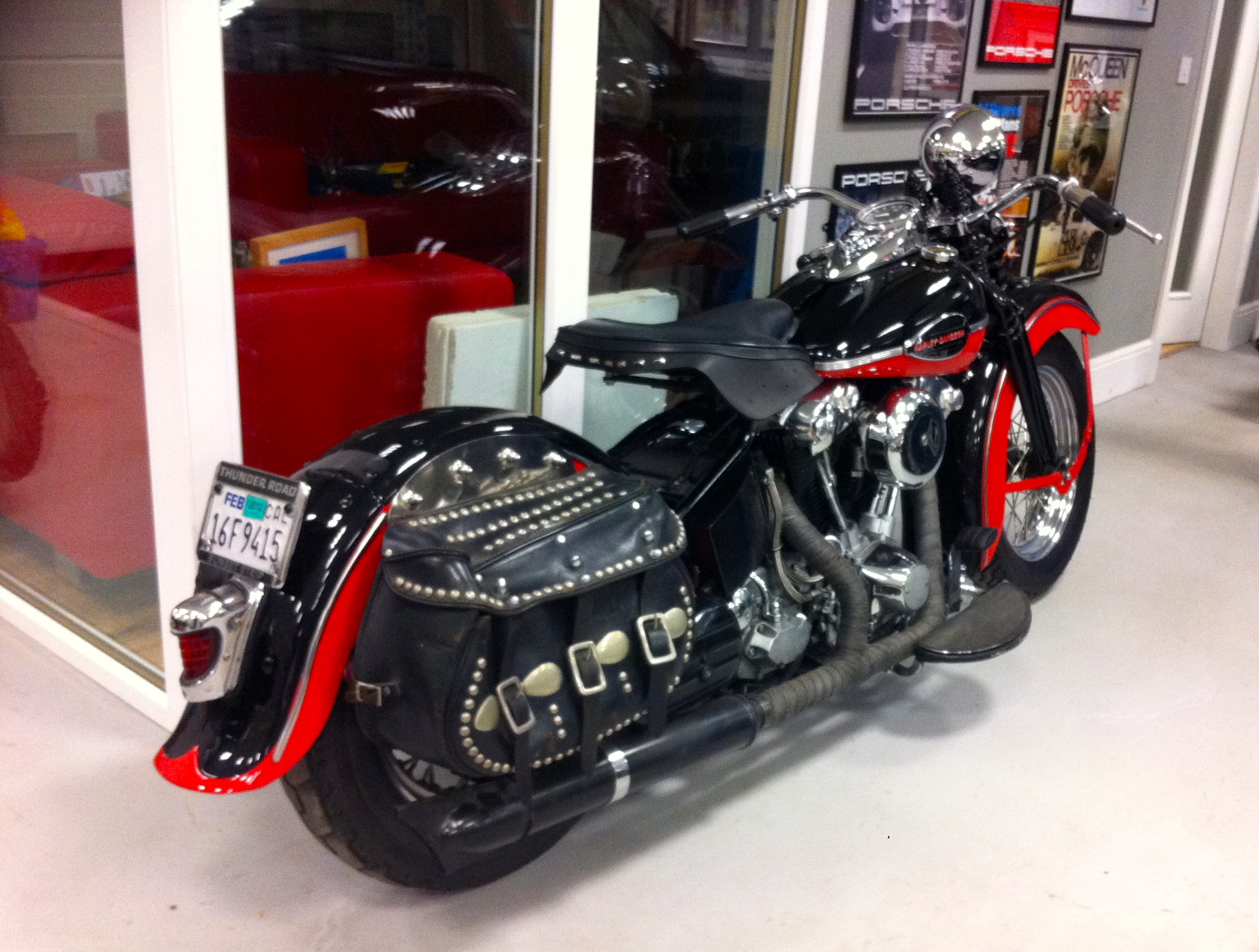 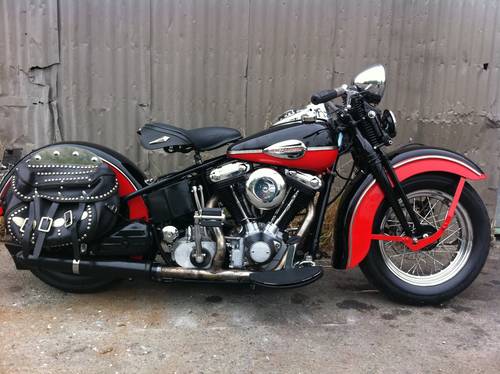 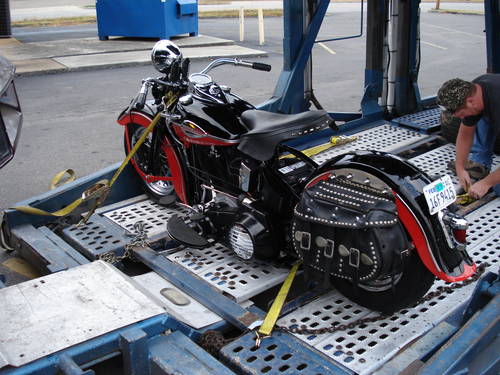