Ready for another argument about a Motorsport Porsche? Here are your first details… 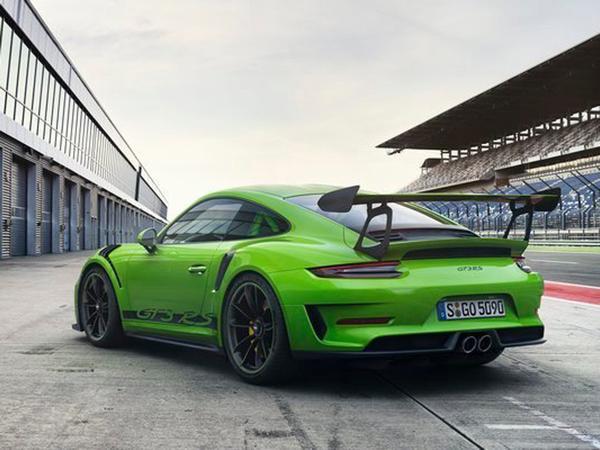 Well, embargoes me damned, here it is. Supposedly meant to remain under wraps until later this month, with a full Geneva reveal on the cards, the latest iteration of 911 GT3 RS has broken cover ahead of time. In official press shots, posted and subsequently removed – but not before half the world took note – on Australian motoring site Drive, the Lizard Green Porsche can be seen playing in its favourite terrarium.

As far as details go, the new car will have a redline of 9,000rpm and 20hp more than its predecessor, taking the total output from its naturally aspirated 4.0-litre engine to 520hp and dropping the 0-62 time by a tenth to 3.2 seconds. 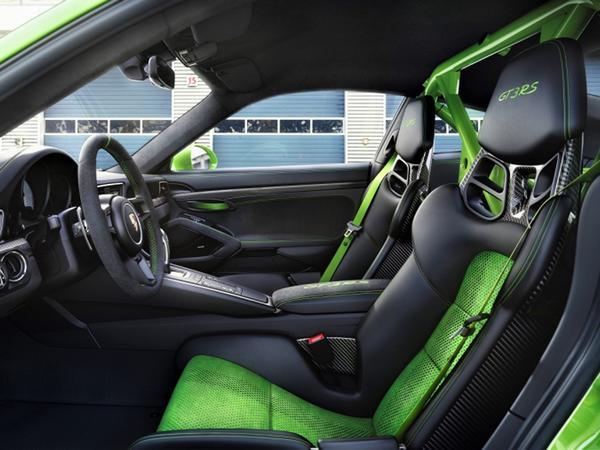 Power is still sent to the wheels through a 7-speed dual-clutch PDK gearbox, with no suggestion that a manual option will be offered. The rear-wheel steering system has been recalibrated, though, and a series of aerodynamic and styling upgrades have been implemented. These include a redesigned front bumper with larger side intakes, two new NACA style ducts in the bonnet, and additional air channeling at the rear, where new wing and bumper designs can also be seen.

Inside, carbon-backed racing seats, lightweight door panels and reduced sound-proofing keep unnecessary heft to a minimum; in addition and, as has become custom for Porsche’s GT models, the new GT3 RS will be available with an optional Clubsport package comprised of an aluminum roll cage, fire extinguishers and six-point belts. 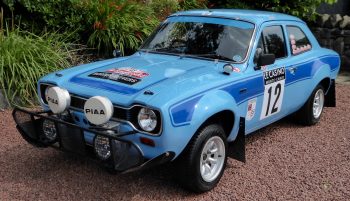